Watford boss Walter Mazzarri is taking a cautious approach to the end of the season, saying that his Hornets side will not be safe from relegation "until the maths says so".

The Hornets remain 10th after the narrow victory, with five games left to play and though they are now 12 points clear of Swansea - who currently occupy the final relegation spot - the Italian is not allowing himself, or his players, to get ahead of themselves.

Speaking to Sky Sports, Mazzarri said he doesn't want to take it easy in the final weeks of the season: "No [we are not safe] because until the numbers and the maths say so, we are not safe.

After dominating in the early stages and taking the lead just before half-time, Mazzarri's men dropped off the pace in the second half but he was pleased with the manner in which his side ground out the result. 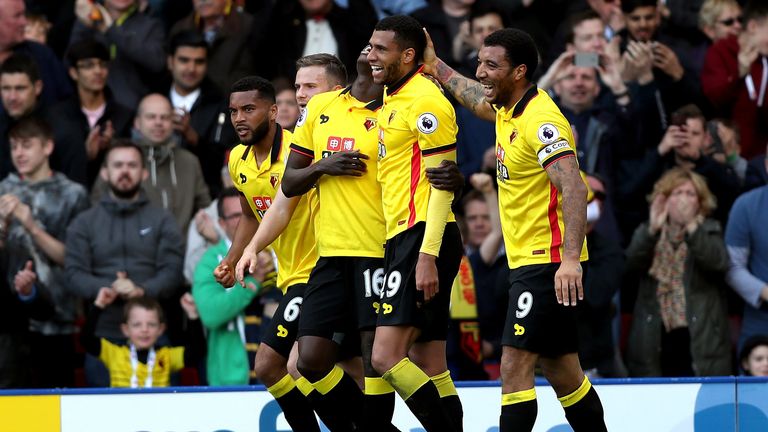 He added: "We played a very good game, taking into consideration that we knew it was going to be tough and we were on emergency in the defence. Obviously the sun was very warm so in the second half we went down a little bit but in general, it was a very good game.

"I want to congratulate my players but also the fans who were excellent today."