Hornets are bottom of PL after late defeat at Southampton on Saturday evening; Spaniard replaced Javi Garcia on September 7

Quique Sanchez Flores' future as Watford boss is hanging by a thread following a fifth Premier League defeat in his 10 games in charge.

The Spaniard, who replaced Javi Gracia in September, is meeting with Watford chief executive and chairman Scott Duxbury along with owner Gino Pozzo at the club's training ground on Sunday, with his position under review.

Watford were beaten 2-1 by Southampton at St Mary's after going 1-0 up, albeit via a VAR mistake, and it was their eighth Premier League defeat of the campaign. It keeps them bottom of the division.

Asked whether he would still be at the helm when they visit high-flying Leicester on Wednesday, the Spaniard said: "I'm not sure. I am completely apart (from) these kind of decisions." 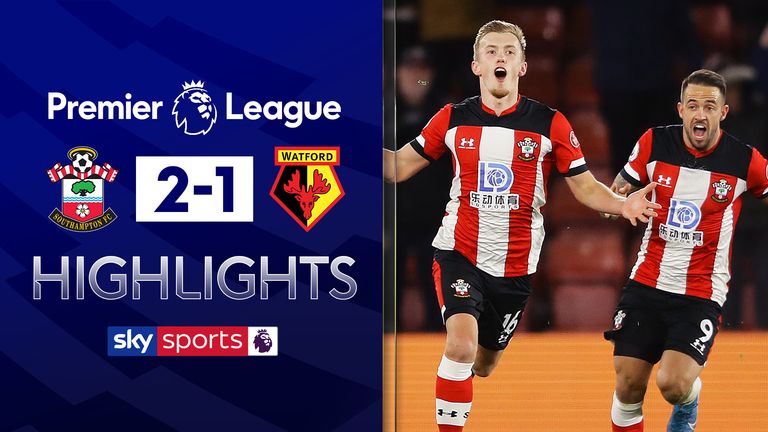 FREE TO WATCH: Highlights from Southampton's win over Watford in the Premier League

If he loses his job for a second time on Sunday, he will have lasted just 85 days in the role, having replaced the sacked Javi Gracia on September 7 following the team's disastrous start to the campaign.

Form has barely picked up, and they have beaten only Norwich away in the league, while picking up a point each against Tottenham, Bournemouth, Sheffield United, Newcastle and Arsenal.

Sanchez Flores, who led Watford to an FA Cup semi-final in his first spell in charge, added at St Mary's: "If I can't help the team, I am sad for that; I am sad for the fans, the players, the owner and the future of the club, of course."