Xisco Munoz leaves role in charge Georgian top-flight side Dinamo Tbilisi to take over at Vicarage Road; Spaniard becomes Watford's fifth head coach in just over a year; former boss Vladimir Ivic was sacked on Saturday after a 2-0 defeat at Huddersfield in the Championship

Watford have appointed Xisco Munoz as their new head coach following the sacking of Vladimir Ivic.

The 40-year-old Spaniard has left his role in charge of Georgian top-flight side Dinamo Tbilisi and becomes Watford's fifth head coach in just over a year.

Munoz is expected to meet the staff and players on Tuesday morning before taking his first training session.

Senior club figures have been hugely impressed with Munoz, despite a relative lack of managerial experience. They believe the club has the players necessary to return to the Premier League at the first attempt, but feel a new manager was needed to change tactics and formation, putting an emphasis on attack, rather than defence first. It is expected Munoz will revert to a 4-4-2 formation.

Sky Sports News also believes the need for a work permit for foreign coaches after January 1 was not a major factor in the timing of Munoz's arrival.

Former boss Ivic was sacked on Saturday after a 2-0 defeat at Huddersfield in the Championship, with the Hornets fifth in the table - four points off second-placed Bournemouth. 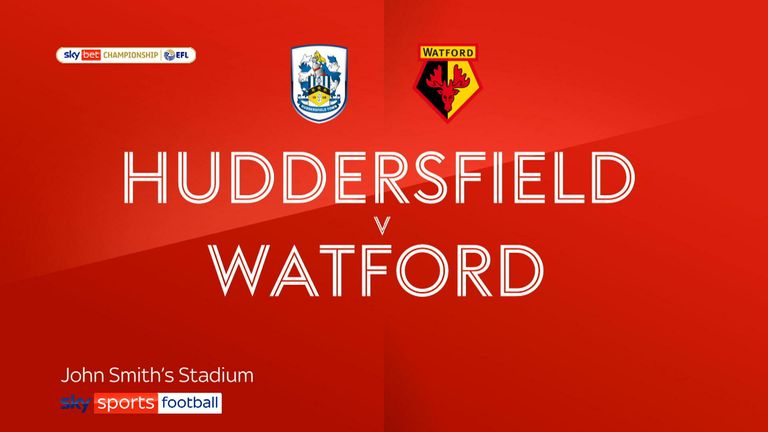 Xisco is a former Valencia winger who won La Liga and the UEFA Cup under Rafa Benitez and shares the same agent as ex-Watford boss Javi Gracia.

During his playing career, he also represented Real Betis, Tenerife, Recreativo, Levante and Dinamo Tbilisi, before moving into coaching at the age of 36.

Xisco recently guided Dinamo Tbilisi to their second consecutive title and now moves to Vicarage Road hoping to take Watford back to the Premier League following their relegation last season.

His first game in charge of Watford is against promotion rivals and Championship leaders Norwich - live on Sky Sports Football on Boxing Day - and on January 9 they face Manchester United in the third round of the FA Cup.

Deeney was dropped to the bench for Ivic's final game in charge - a 2-0 defeat to Huddersfield - before the Serb's dismissal on Saturday.

Despite scoring in each of the Hornets' previous three matches, Deeney remained an unused substitute against Huddersfield, which Ivic blamed on off-the-field issues.

When quizzed on his decision not to play his captain, Ivic said: "He didn't start because he played a lot of full games recently.

"I believe that he wasn't ready to play from the beginning but the reason he wasn't able to come on was a discipline issue."

In a statement, released on the club's Twitter on Sunday, Watford chairman and CEO Scott Duxbury said: "Nobody at the club is in any doubt over Troy Deeney's high level of professionalism in his work.

"Troy is quick to hold his hands up when his conduct has fallen short of the required standard but we are satisfied that was not the case.

"There will be no hangover from this. We must move on and Troy, as club captain, will play a major role in achieving our aims this season."