The new Sky Bet Championship season kicks off on Friday but which teams and players should you watch out for?

Stoke, Swansea and West Brom will be targeting a swift return to the Premier League, while high-profile new managers like Derby's Frank Lampard and Leeds' Marcelo Bielsa will hope to live up to fresh expectations.

With the help of Sky Bet, we take a closer look at the potential promotion challengers, the players tipped to provide the firepower and the sides who could find themselves scrapping for survival...

Only nine of the 30 clubs relegated from the Premier League over the last decade have bounced back at the first time of asking - just four of those automatically - but two sides who fell out out of the top flight last term, Stoke and West Brom, are still deemed top tips for the title, according to Sky Bet.

Middlesbrough, meanwhile, have began to build a team in the image of boss Tony Pulis, with new boys Aden Flint and Paddy McNair - for a combined £12m - providing the force to complement the flair of the likes of winger Adama Traore. With Pulis' history of getting results, their odds of 8/1 are unsurprisingly narrow.

Joining that trio inside the 10/1 bracket are Nottingham Forest, who have taken a leaf out of Wolves' title-winning book with their spending on Portuguese talent. Aitor Karanka's side broke their record spend to bring in Joao Carvalho from Benfica, and added Tobias Figueirerdo from Sporting as well.

Money does not buy success, but they have added Championship experience with the additions of Lewis Grabban, Michael Dawson, Jack Robinson and Jack Colback and expectations are high. 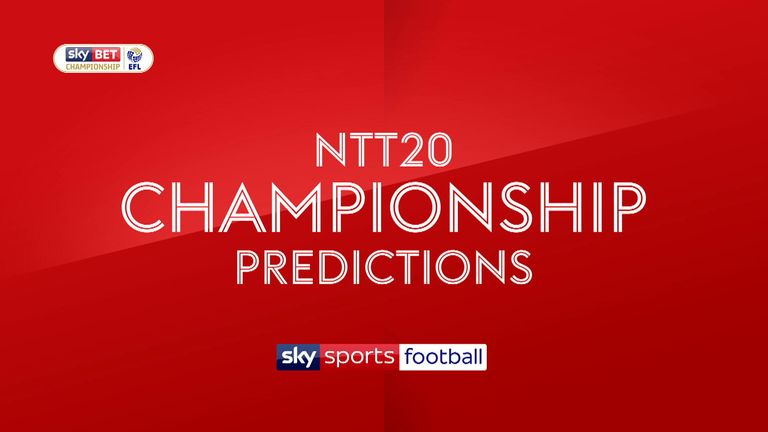 When Marcelo Bielsa was first linked with Leeds, it sounded unbelievable but the Argentine given the faint praise of the "best manager in the world" by Pep Guardiola has landed at Elland Road for his first taste of English football, in a move increasingly expected to either be a roaring success or an unmitigated disaster given Bielsa has lasted only 60 games combined across his last three jobs.

Barry Douglas and Patrick Bamford, who looks set to join, are two deft additions to a squad which has often offered more than it has delivered and is priced at 7/2 for promotion.

Another unknown quantity are Swansea, whose new manager Graham Potter has impressed with his work in Sweden but is unproven back in his own domestic league, although on paper their squad, which still includes Wilfried Bony, Sam Clucas and Tom Carroll, looks capable of mounting a challenge.

Aston Villa, Brentford, Derby and Norwich are all priced at 9/2 or bigger to be promoted, but have all reached the play-offs at least in recent seasons and the Rams' appointment of Frank Lampard could be a catalyst for success at Pride Park.

Preston never quite get the plaudits they deserve after carving out back-to-back top-10 finishes under successive managers, but with some big money spent at the top of the Championship, and very little of it by Alex Neil, making it three in a row may be tricky - although North End are still priced at 8/1 to go up.

A boardroom power struggle at Sheffield United may have scuppered their hopes of spending when well-placed in January but off-field issues have been put to one side for now at least. Signing John Egan from Brentford and snapping up sought-after goalkeeper Dean Henderson on loan from Manchester United is a statement of intent after finishing 10th in 2017/18.

A quick whizz across town to Sheffield Wednesday tells a very different story, of a side yet to make a single signing in this window. But their pedigree in reaching the top six in two of the last three seasons keeps them as outsiders for a shot at promotion.

Bristol City looked a safe bet for the top six before Christmas but after falling away and losing influential duo Aden Flint and Bobby Reid, with Joe Bryan rumoured to follow, they will need a little more luck to compete this season. The signings of Adam Webster, Hakeeb Adelakun and Jack Hunt could help, though.

Rotherham are back in the Championship after only a year away, but in a division increasingly seen as a second Premier League in financial terms, three free transfers and a small number of loan arrivals might not be enough for a team generally untested in the second tier - and they are 6/5 favourites to go down.

Bolton survived by the skin of their teeth last season, and were an Aaron Wilbraham goal away from dropping out of the Championship at the end of a year under a transfer embargo which has since been lifted. But another summer of free transfers, Josh Magennis aside, might not be enough for a squad which has needed real investment for a little while now.

Who's new in the dugout?

There could be trouble for new Ipswich manager Paul Hurst too, who has had to cope with the loss of Adam Webster and possibly Martyn Waghorn, too, but without any proven replacements to soften the blow.

Hull City are also tipped to be in the mix, but have had a solid summer on the transfer front - bringing in Reece Burke from West Ham, George Long from Sheffield United and Eric Lichaj from Aston Villa.

Going by the bookies' odds, Millwall, QPR and Reading could also end up looking over their shoulders this season.

Stoke's Benik Afobe (8/1) is Sky Bet's pre-season tip to top the goalscoring charts in 2018/19. Afobe's loan move from Wolves will be made permanent in January for a fee of around £12m and the man who helped Wolves to the title last term with a handful of goals edges out West Brom's Jay Rodriguez (10/1).

Britt Assombalonga should lead the line again for a Middlesbrough side fancied to be at the right end of the division for the long haul and is a 12/1 shot - the same as last season's top scorer, Matej Vydra.

Leon Clarke, a surprise hit for Sheffield United with 19 league goals last season, is deemed the same 14/1 chance as Lewis Grabban, who scored 20 goals across loan spells at Sunderland and Aston Villa last term and has been lured to the City Ground by an ambitious Nottingham Forest side.

Derby new boy Jack Marriott, who scored 33 goals in all competitions for a Peterborough side that did not even reach the top six in League One last campaign, is an intriguing 22/1 offering, while Aston Villa striker Jonathan Kodjia (25/1) is tipped for a big season after a 2017/18 thwarted by injury.

Who are you tipping to shine - and struggle - this season in the Sky Bet Championship? Post a comment below if you're reading on skysports.com or tweet us @SkyFootball.

Sky Bet odds correct at July 31 and subject to fluctuation.