"I want to play. I pride myself on being in the team. I think I'm good enough to be in the [Leeds] team," Nketiah tells Sky Sports News Arsenal loanee Eddie Nketiah admits he is frustrated by his role as a Leeds substitute after he scored a hat-trick for the England U21s.

The 20-year-old, who scored four goals for the Young Lions during the latest international break, is yet to start a Championship match for Marcelo Bielsa's side this season.

Nketiah has scored four goals in nine matches across all competitions - two of which have come off the bench in the league - and the striker believes he has earned his starting berth for the promotion contenders.

"I am really just trying to do as much as I can," Nketiah told Sky Sports News after England U21s' 5-1 win against Austria on Tuesday.

"Obviously, I will never be happy with being on the bench. I want to play. I pride myself on being in the team. I think I am good enough to be in the team.

"All I can do is put in the performances that I do. When I come on [to] try and contribute and I think with the chances I have had, I have done really well.

"In the two games I have [started], I have scored. I always try and help the team when I come on.

"I feel like going away with England is always a great opportunity for me to continue to put a case forward and show myself."

Nketiah, who also missed a penalty at Stadium MK, was joined by Chelsea's Callum Hudson-Odoi in the goals as Aidy Boothroyd's side moved top of Euro U21 qualifying Group C after three games played and he will now switch his focus to club commitments. 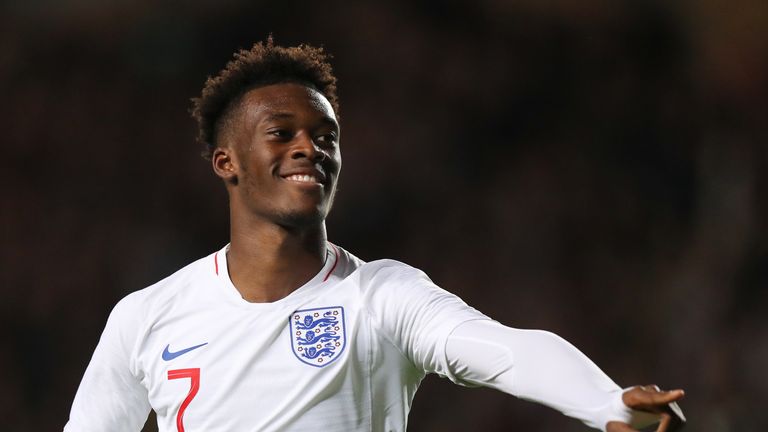 "[England] is a great platform and I am grateful to be here and I just want to continue doing more at this level and for Leeds," he added.

Leeds sit fifth in the Championship, two points behind league leaders West Brom, and will aim to return to winning ways when they host Birmingham at Elland Road on Saturday.