It's been reported football may be over in 2019/20 for League One and League Two. But promotion and relegation needs to be decided. Here's where each team could finish...

On Friday, Gary Neville responded to a report in The Athletic, by saying he was "99 per cent sure" the current campaign would not restart in those leagues.

The Athletic reports says the EFL and clubs will determine the best method to decide promotion and relegation, with a weighted points-per-game method one option.

But how high - or low - could each team finish if the season was completed?

The results reveal it will not be easy to decide who goes up and who goes down...

Coventry have a 77 per cent chance of automatic promotion but it's up for grabs to claim the remaining place between Rotherham (42 per cent), Oxford (27 per cent), Peterborough (18 per cent), Portsmouth (15 per cent) and Fleetwood (13 per cent).

Those chasing sides are also odds-on to make the play-offs, with outsiders in pursuit comprising Sunderland (37 per cent), Wycombe (36 per cent) and Doncaster (18 per cent).

On paper, only the current top four are guaranteed safety. Every club down to 17th-placed Accrington could be crowned champions.

Only three teams will be relegated from League One this season after Bury were expelled and the probabilities suggest the current bottom three clubs - Bolton, Southend and Tranmere - are nailed-down favourites to go down.

However, rivals AFC Wimbledon (19 per cent) and MK Dons (seven per cent) are also at risk - as are Rochdale (14 per cent) 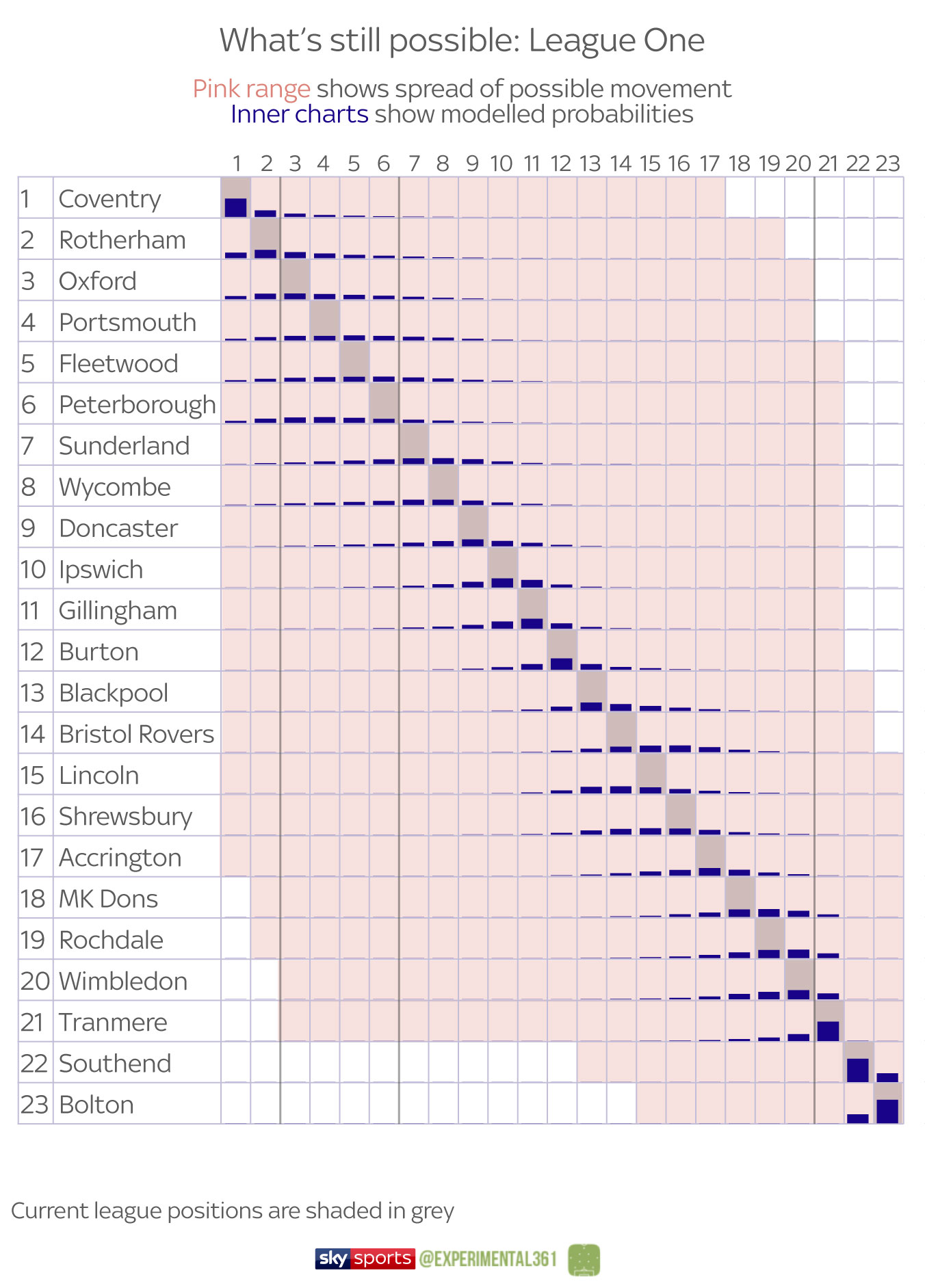 The current top three teams - Crewe, Swindon and Plymouth, respectively - are runaway favourites for automatic promotion, but Swindon are most likely to achieve that feat (90 per cent for promotion and 51 per cent as champions).

Outsiders to finish in the top three include Cheltenham (43 per cent) and Exeter (19 per cent) - but both sides are odds-on for a play-off finish.

Other top candidates for the play-offs include Colchester (71 per cent), Northampton (64 per cent), Port Vale (37 per cent) and Bradford (15 per cent).

On paper, tenth-placed Salford could still be crowned champions, or suffer a return to the National League, while every team - bar bottom club Stevenage - could achieve promotion to League One.

Indeed, Stevenage have an 86 per cent chance of relegation, but Morecambe (eight per cent) and Macclesfield (six per cent) are also at slight risk. 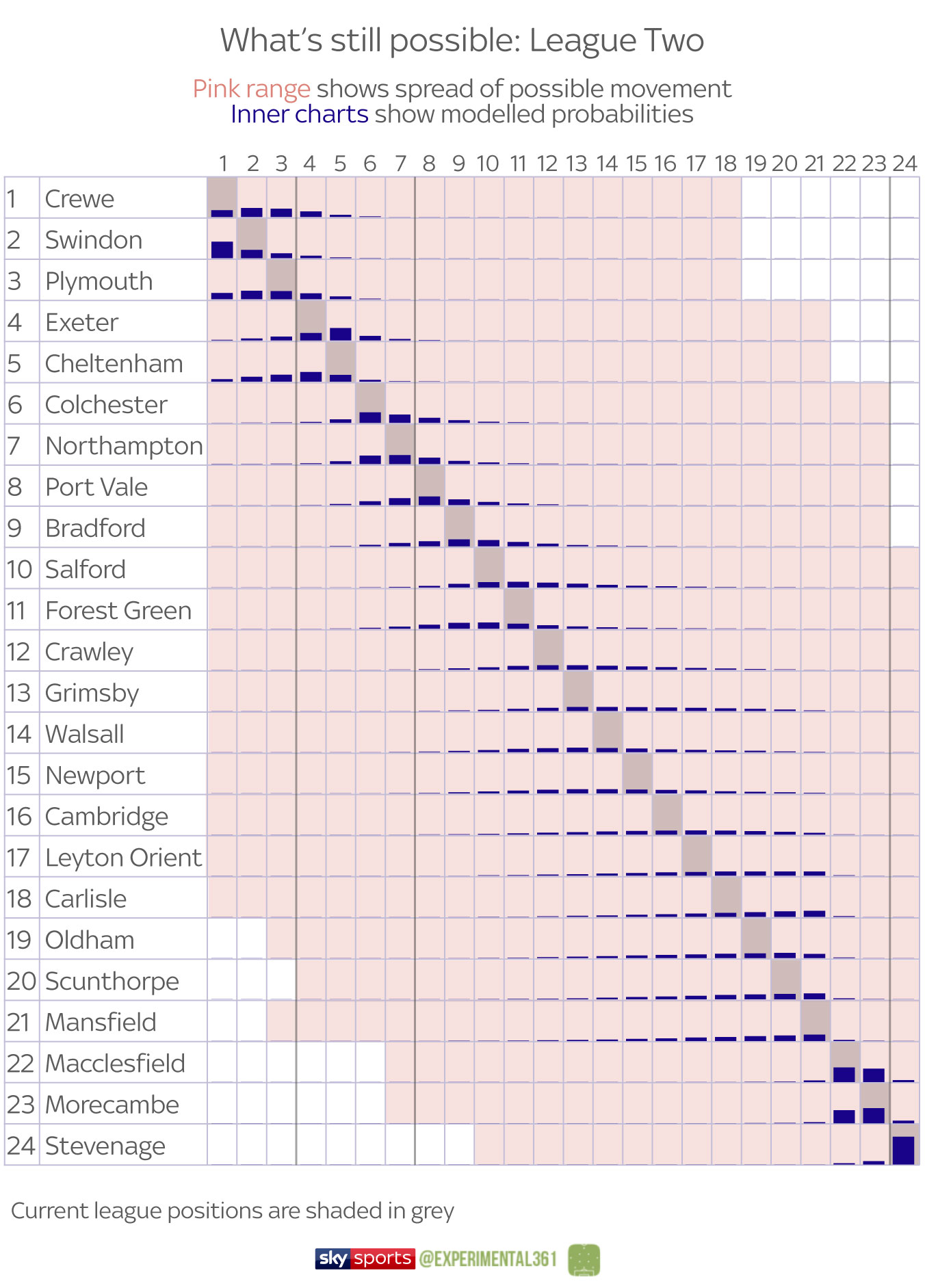