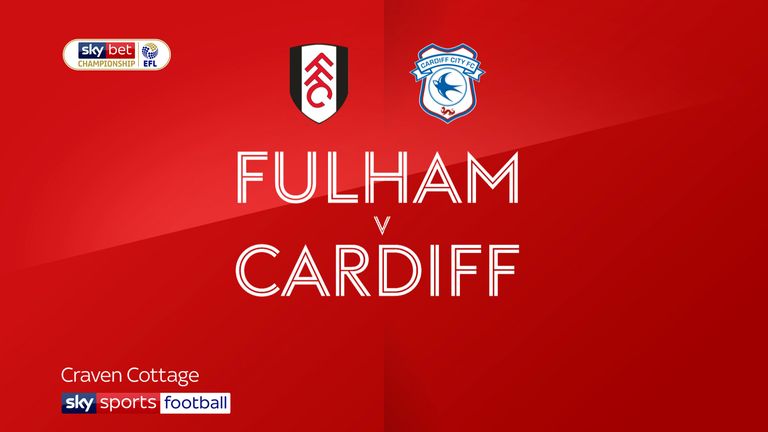 Highlights of the Sky Championship match between Fulham and Cardiff.

Aleksandar Mitrovic scored on his return for Fulham as they climbed up to third in the Championship with a 2-0 win over Cardiff.

Fulham kept their slim hopes of automatic promotion alive as Mitrovic's penalty and Josh Onomah's effort in each half secured their victory at Craven Cottage on Friday night, moving them to within four points of West Brom in second, and five behind Leeds - with those two sides playing later over the weekend.

For Cardiff, though, it was a huge blow to their play-off hopes. They remain sixth, but just a point clear of Swansea and three ahead of Preston and Derby. All three could overtake yet overtake them by the end of this round of games.

Fulham had won all three games in which Mitrovic had been suspended for his elbow on Ben White during their defeat at Leeds, but there was no doubt whatsoever that Scott Parker would throw him straight back in - even handing him the armband.

And on 35 minutes he repaid that faith, winning a penalty off Dion Sanderson as he was pulled down in the box, before sending the ball into the top corner from 12 yards - his 24th of the season to put him one ahead of Ollie Watkins in the race for the Golden Boot.

While Alex Smithies had no chance with the penalty, he did make a brilliant save on 42 minutes to deny Fulham a second. Bobby Decordova-Reid picked up the ball 25 yards out and sent in a peach of a strike that appeared destined for the top corner, only for Smithies to fling himself to his left to tip it onto the bar.

On the stroke of half-time Decordova-Reid should have put Fulham two ahead, though, but sent a header wide from point-blank range after a brilliant cross from Anthony Knockaert right into the heart of the six-yard box.

Cardiff, who themselves had hit the bar shortly after falling behind from a Joe Ralls effort, pushed again for an equaliser after the break, but it was Fulham who struck next to double their lead on 66 minutes.

It was smart work from Onomah as he played a one-two with substitute Stefan Johansen, receiving the ball from a smart pass in the box, before taking a touch and driving one low into the bottom corner. After that, there was no way back for Cardiff.

Talking points: Should there have been a Hector red card and another Fulham penalty?

There would have been questions from Cardiff as to how Fulham defender Michael Hector avoided a red card after a coming together with Callum Paterson after 58 minutes, but referee Gavin Ward elected just to show him the yellow card. A dismissal could well have changed the game at the point with just a goal in it.

Had Fulham not gone on to win the game, however, then they may well have felt aggrieved themselves by what they felt should have been a certain penalty after 63 minutes - just three minutes before their second goal.

It appeared that Curtis Nelson had clearly handballed a Joe Bryan cross, before Will Vaulks tripped Mitrovic as he tried to follow up, but on both occasions the referee waved their protests away as Decordova-Reid then fired over the bar.

Man of the Match - Harrison Reed

For the first half an hour when Fulham weren't at the races, Reed kept his side in some kind of control of Cardiff as the away side dominated. Without him they may well have fallen behind when they were under pressure. It was a crucial, if understated performance from the midfielder. 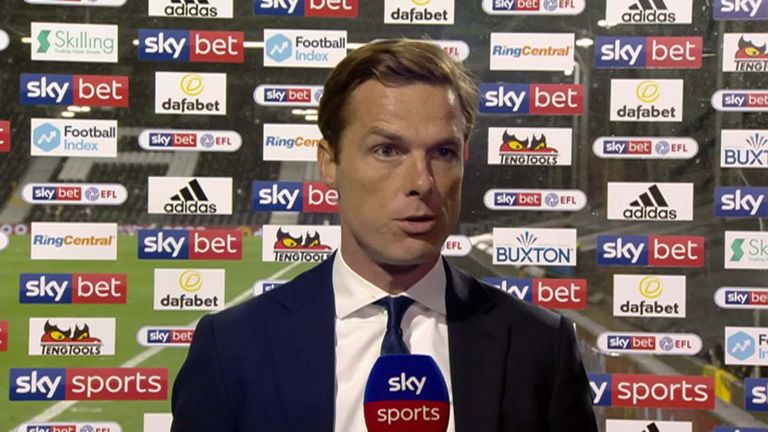 Fulham manager Scott Parker praised the work of his side as they closed the gap on the automatic promotion spots with a 2-0 win over Cardiff in the Sky Bet Championship.

Fulham's Scott Parker: "Three points is key at this moment in the season, and a third clean sheet on the bounce. When you play against a team like Cardiff you're going to get put under extreme pressure, and at times the ball gets put in the right areas and it becomes a bit of an onslaught.

"You have to defend your box very well and I thought we defended set plays and we limited them to a lot of long balls and second balls, which we dealt with very well. I would have like to have been better on the ball, but the message again was a clean sheet and job done." 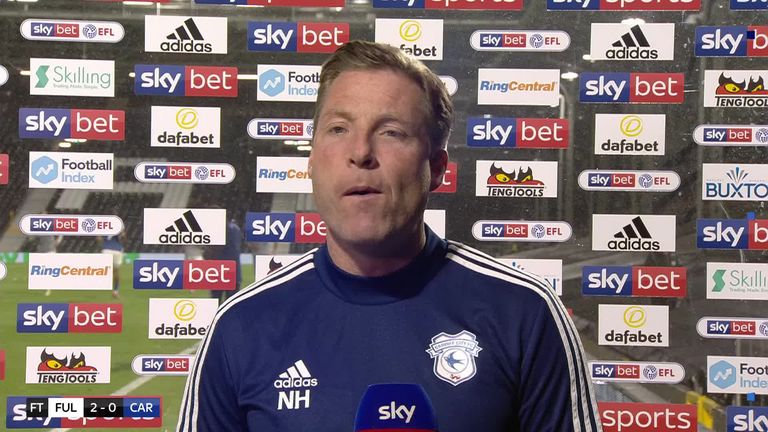 Cardiff manager Neil Harris was disappointed with the decision to award Fulham a first-half penalty during their 2-0 defeat to the London side but admits that Scott Parker's side edged the game and deserved the win.

Cardiff's Neil Harris: "It was disappointing to lose the game as there wasn't a lot in it. First half I thought Fulham shaded it, but second half we had a strong performance. But it was fine lines.

"I was disappointed to concede the penalty. Experience outweighed a bit of naivety at the back post, but I thought it was cheap. But then we might have got away with one in the second half.

"We played with a lot of bravery in the second half, but we didn't do enough in the penalty area, and that's where games are won and lost. Fulham were better in both areas."

Both sides are back in action on Tuesday. Fulham head to West Brom for a 5pm kick-off that's live on Sky Sports Football, while Cardiff host Derby for a 7.45pm kick-off.