Ross McCormack claims he was 'hung out to dry' at Leeds United, with a difficult period seeing him sold to Fulham for £11million.

The Scotland international, who netted 28 Championship goals for Leeds last season, says he always envisaged seeing out his playing days at Elland Road, only to find he was moving on.

McCormack admits he found his time with Leeds much more testing towards the end of his stay, with Massimo Cellino’s arrival as owner bringing sweeping changes. 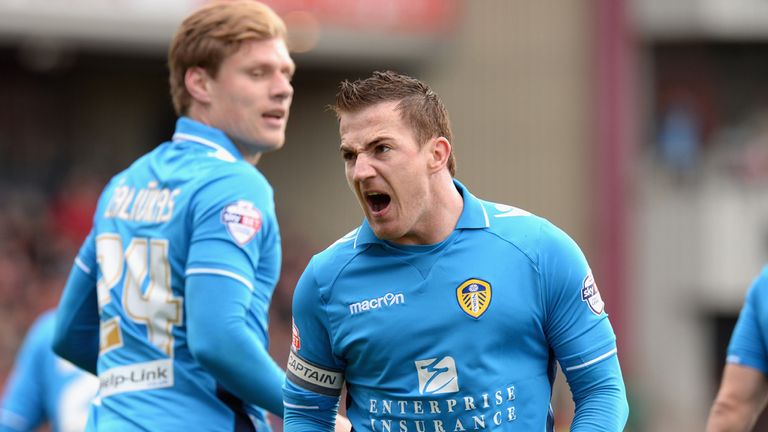 Fulham were willing to give Leeds the most money. Leeds said, ‘You’re either going there or you’re not going at all’. Cellino named his price and he got it. Was I hung out to dry? In my opinion, yes.

McCormack said in The Sun: “When Leeds went back for pre-season training, I went in that day and was told not to train by the club because they were talking to Fulham.

“They didn’t want me getting injured with the size of the fee. It was important to the club that they didn’t miss out.

“I didn’t train on the Thursday or Friday. We were off Saturday and Sunday and the fee was agreed on Monday.

“The day Leeds went to Italy I was actually down here at Fulham having my medical, so to say I didn’t show up for training is not accurate.

“I felt it was pretty nasty in the end. It was never going to be, ‘Thanks for last season, thanks for the help you gave the club’.”

McCormack, who drew interest from Premier League sides West Ham United and Newcastle United in January and at the start of the summer window, added: “It’s hard to sit here and say I could have gone to other clubs, but I probably could have.

“Yet Fulham were willing to give Leeds the most money. Leeds said, ‘You’re either going there or you’re not going at all’.

“Cellino named his price and he got it. Was I hung out to dry? In my opinion, yes.

“There was no-one there, no friendly faces around. You come in, train and go home, as simple as that. It wasn’t a nice place to be.

“It’s sad because that was somewhere I honestly thought I was going to finish my career.

“I believed it was my club. I had a house there, my missus liked it and my little boy was settled. So I do feel hurt by what happened.”