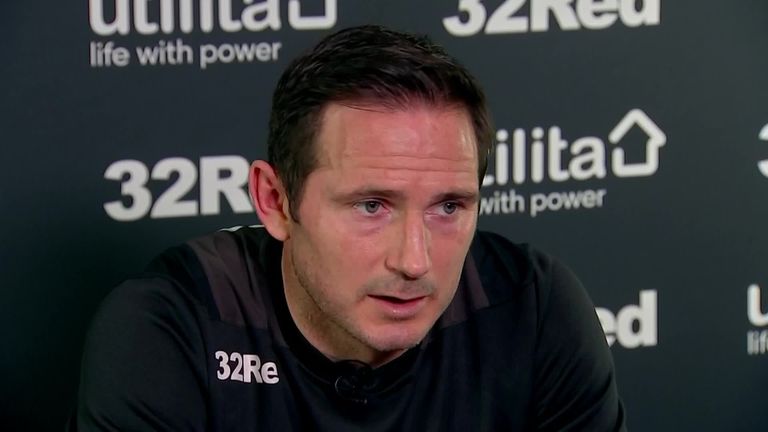 Derby manager Frank Lampard has revealed that Andy King will play no more football this season, after suffering "pretty severe" ankle ligament damage in the loss to Nottingham Forest.

The Wales international midfielder's loan from Leicester will be cut short and he will return to the Premier League club while he recovers.

King will see a surgeon to determine whether he will need surgery on the ankle problem he picked up during the East Midlands derby.

Despite returning to Leicester, Lampard says Derby have a duty of care to make sure he gets the best care possible.

Lampard said: "He is going down to see a surgeon. He's got a bad ankle injury. Unfortunately when it rains, it pours for us.

"Unfortunately for Andy King as much as anybody because he is a great pro, I've seen that in the short time he's been here. He was going to be important for us and then you get a freak injury."

King was substituted on 53 minutes during their 1-0 defeat at Forest after goalkeeper Costel Pantilimon landed on the back of his leg.

The 30-year-old completed a deadline day move to Derby in January. He played four league games in February before suffering the season-ending injury on Monday night.