Derby's 4-0 thrashing at the hands of Aston Villa on Saturday was a 'reality check', according to Rams boss Frank Lampard.

Two goals from Conor Hourihane, one from Tammy Abraham and a stunner from Jack Grealish put the game to bed before half-time, with Lampard's troops unable to mount a comeback of any sort after the break at Villa Park.

The defeat is the third in succession - following 1-0 losses at the hands of Millwall and Nottingham Forest - and comes at the point in the season where Derby, historically, seem to struggle to keep pace with the promotion-chasing pack.

Lampard reserved few words of praise for his squad after their heaviest league defeat of the season, though he seemed to retain some hope of an eventual top-six finish come the end of the season. 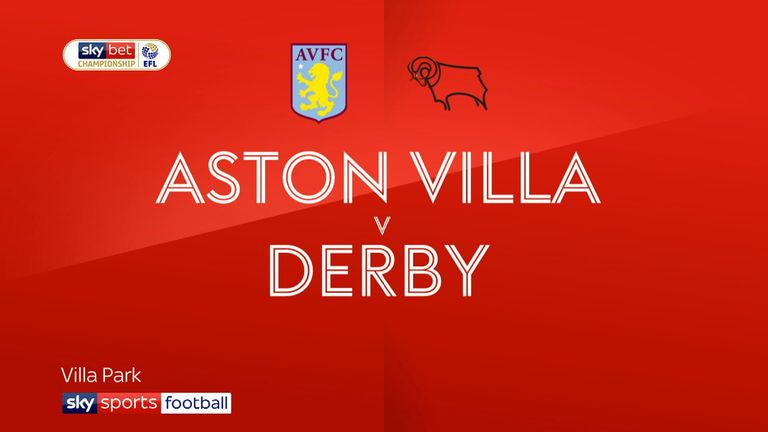 Highlights from the Sky Bet Championship between Aston Villa and Derby.

He said: "We were poor and Villa were good. Credit to them for playing so well. It is a reality check so far as Derby are concerned. We have to learn from this defeat and it is something we have to address.

"There has been a negative feel as we are a club who expect a dip. The reason is that we have played a lot of games and we missed our midfield. Harry Wilson had been ill and could not start.

"As a team and squad we have to put in a better performance than we did against Villa. These things happen in the Championship. We have to work hard. There have been bumps in the road.

"It is not over yet. We have to be positive over the remaining 12 games."