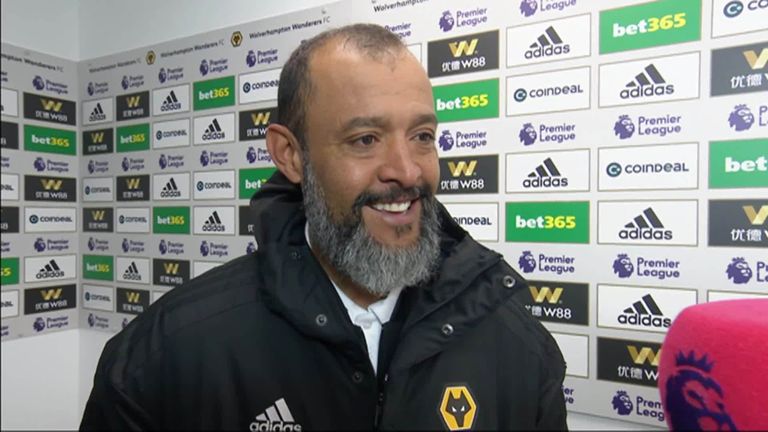 Wolves manager Nuno Espirito Santo says his side deserved to win a "tough" game against Southampton.

Late goals from Ivan Cavaleiro and Jonny gave Wolves a 2-0 victory in a game where they rarely hit top form.

Southampton enjoyed more possession than their hosts but Nuno was happy with how his team performed in trying circumstances.

"It was very difficult, it was a tough game," he said. "Southampton created some problems.

"The first half was well played, well disputed and in the second half both teams created situations, it was tough but in the end I think we deserved what we got. Three points is important.

"Before we made 30 chances on goal and we scored once, today, for sure, we created less but we scored twice. This is why we love football so much, it's unpredictable.

The clean sheet was Wolves' third in four Premier League matches, something Nuno says is crucial.