Southampton manager Ronald Koeman has hailed the impact of defender Virgil van Dijk since his arrival from Celtic last summer.

Van Dijk moved to St Mary's on Deadline Day last September for a fee in the region of £11.5m and has put in a number of impressive performances for the club so far this season.

The Holland international was an ever-present in Southampton's run of seven straight Premier League clean sheets earlier this year and has helped his side record the joint-third best defensive record in the top-flight alongside Arsenal and Watford, and only behind Tottenham and Manchester United.

And Koeman insists his fellow countryman is crucial to Southampton as they battle to qualify for Europe.

"He is strong, he's fast and he's important in the way we like to build-up [from the back]," Koeman said on Monday Night Football.

"He is good at short passing, he has a good long pass and he has got a good partnership with Jose Fonte and last Saturday he was good in tandem with Ryan Bertrand. 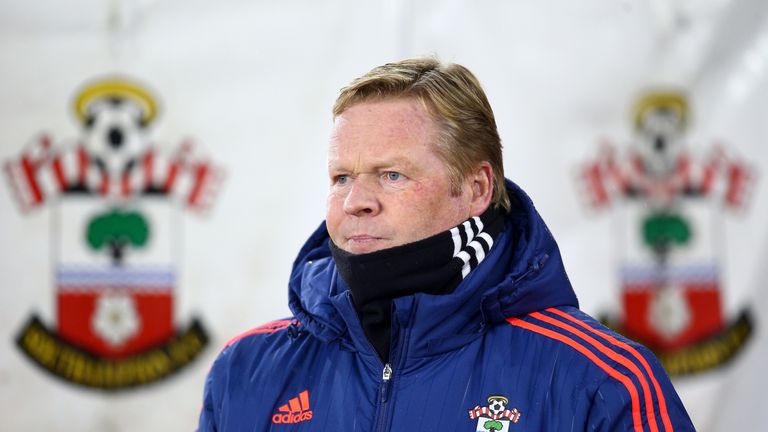 "He is strong, he's fast and he's important in the way we like to build-up [from the back]."

"He is also a good header of the ball, has a good shot and is a good free-kick taker. He's a very good centre-back."

Despite Van Dijk's form this season, Koeman revealed he did have doubts about signing his fellow countryman from Celtic.

"My only worry with Virgil was that we signed him from Celtic in the Scottish league," Koeman added. "It's different from the Premier League.

"It makes it a little more tricky but he had experience of playing against Barcelona in the Champions League, so in the end there was no doubt about it."

Carragher said: "Obviously I look at centre-backs in the league and I think he has been fantastic. The defensive record shows that.

"When he first came in I thought he was more interested in playing on the ball but he's been outstanding defensively."