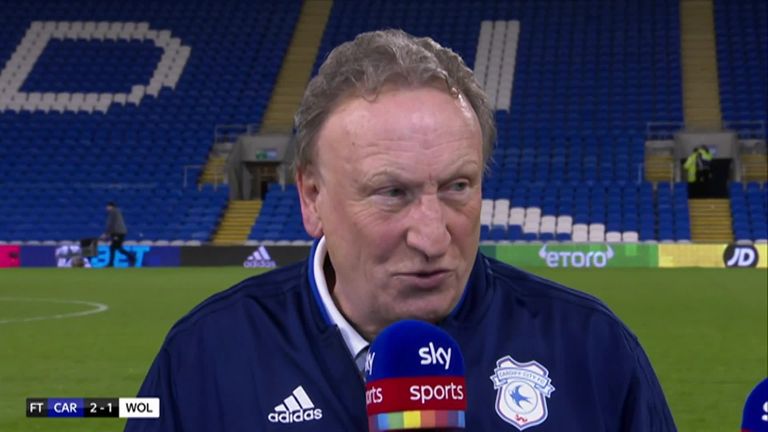 Neil Warnock praised the resilience of his Cardiff side after they secured a 2-1 win over Wolves on the eve of his 70th birthday.

Warnock, though, felt his side deserved all three points at the Cardiff City Stadium, having been unfortunate to end the first half a goal behind.

Speaking to Sky Sports after the full-time whistle, Warnock told the Friday Night Football panel of Kelly Cates, Gary Neville and Jamie Carragher: "I was really proud of them tonight. We were 1-0 down at half-time - I didn't think we deserved to be, but that's how it was. I thought, second half, we were on the front foot, most of the time, really.

"Gunnars [Aron Gunnarsson] knows he made a mistake; we'd just told him about Doherty pulling off and making sure to get the second ball but he's apologised. I thought, second half, we had some good opportunities. Yes, we could get caught on the break but I thought we wanted it more tonight." 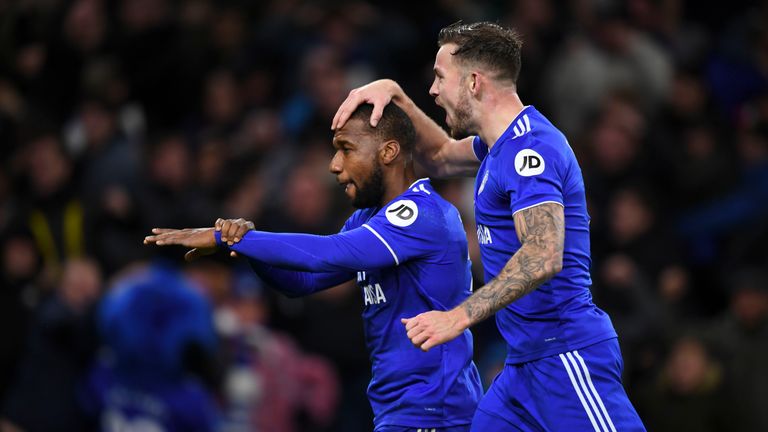 Doherty's first-half strike means Cardiff, alongside Newcastle, have now conceded a joint-Premier League-high seven goals from set-pieces this season and Warnock admitted his frustration at the statistic, with his team having prided themselves on defensive solidity since he took over in October 2016.

He added: "It was our strength last year, but no matter what you say and no matter how much you work on it, you can't do anything about it if lads don't [do what they are supposed to do]. But they are all doing their best and you can't have a go, we've just got to work harder to make sure we defend even better.

"In the first half, I don't think we picked up enough second balls and we were waiting for things to happen. We were a little bit, not in awe, but a little bit apprehensive. I said at half-time, 'We're in the Premier League, let's have a go at them! Let's close them down, let's play in their faces And I thought we did that.

"Not just getting the ball, second balls, we wanted it that second half and I'm so pleased for them."

Man-of-the-match Hoilett has struggled in front of goal this term following an 11-goal haul in the Championship last season and, though Warnock joked that deploying the Canadian at left wing-back caused him "sleepless minutes" last night, he praised his impact across the pitch.

He said: "I must admit, last night, I did have a few sleepless minutes because I had Junior Hoilett and Victor [Camarasa] as wing-backs! But we wanted to have a go. Last year, we beat them up at Molineux, but down here last year they dominated us from the back, the centre-halves had possession and we never got amongst them, really.

"I spoke to Junior before the game - he's not had a great time this season - and I spoke to Vincent [Tan, Cardiff's owner] in Kuala Lumpur and he said you're not having enough shots. I said to him, 'Vincent, I'm playing Junior at left wing-back, he's going to shoot from everywhere!'

"That is a great goal and I think he showed - not just attacking but defensive-wise too - he did a great job tonight."