The search for a missing plane carrying Cardiff striker Emiliano Sala and a pilot is now a recovery operation, the Channel Islands Air Search has said.

The 28-year-old Argentine, who completed his move from Nantes on Saturday, was on board an aircraft which disappeared from radar near the Channel Islands on Monday evening.

The pilot has now been named as David Ibbotson.

Guernsey Police said it had searched 280 square miles using multiple aircraft over five hours on Wednesday, but there was "as yet no trace" of the missing aircraft.

"The search is ongoing and a decision whether to continue will be taken later today," a police spokesman said. 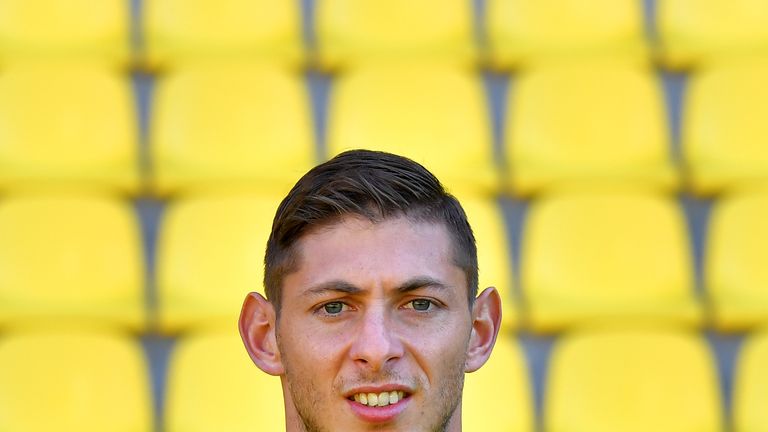 Emiliano Sala voiced fears about the safety of the missing plane in an audio message he sent while on board.

The Channel Islands Air Search has confirmed the search has moved from a rescue to a recovery operation.

"I think very much it is that sort of recovery stage now," said chief officer John Fitzgerald.

"It's trying to find parts of the aircraft, whatever is floating on the surface."

Guernsey Police earlier said it was considering four possibilities for the fate of the plane - including that it landed on water, with Sala and the pilot making it onto a life raft known to be on board. 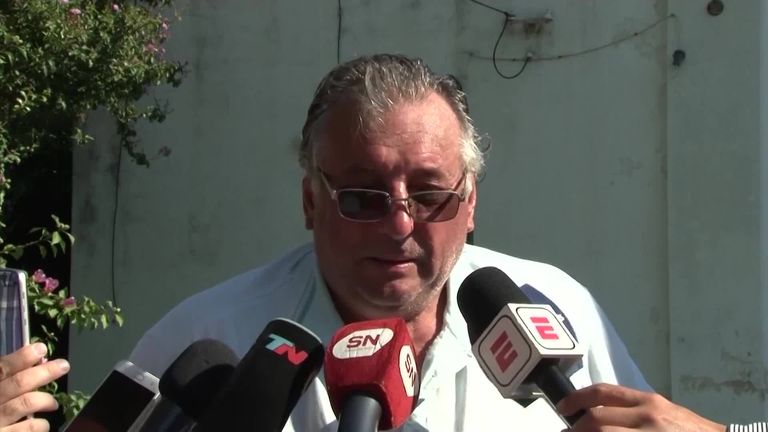 The other possibilities included the plane landing elsewhere, but had not made contact, that Sala and the pilot landed on water and were picked up by a passing ship, or that the plane broke up on contact with the water - leaving them in the sea.

Rescuers have also reviewed satellite images and mobile phone data in the hope of finding the pair.

The forward, who scored 12 goals in 19 appearances for French Ligue 1 side Nantes this season, reportedly voiced fears about the safety of the missing plane in a WhatsApp audio message he sent to friends in France while on board.

In the message sent to his friends' group, a voice - reported to be Sala's - is heard saying: "I am here in the plane and it feels like it's falling to pieces." He later adds: "I'm scared." 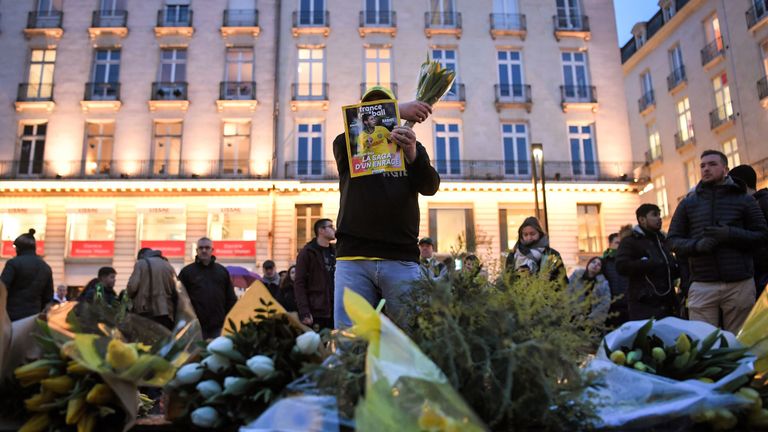 Sala's former club Nantes held a vigil in the city

Cardiff chairman Mehmet Dalman revealed to Sky Sports News on Wednesday that he was in France to establish more about the circumstances of what happened, saying he would "not leave a single stone unturned until we have all the facts".

Dalman also stated the club did not charter the aircraft.

Further details have been revealed about the aircraft. It is registered in America and 35 years old.

According to Sky sources, the UK representatives of Sala employed a commercial pilot to organise the flights. He subsequently sub-contracted the job onto a third party, who actually operated the flights. 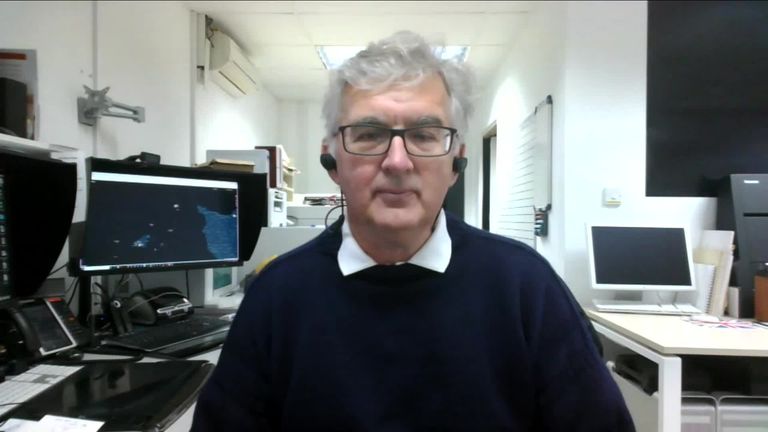 Cardiff are speaking to Sala's family and they have invited the striker's sister to Cardiff. She is likely to arrive in Wales on Wednesday.

Asked if Cardiff's Premier League game at Arsenal next Tuesday would be postponed, Dalman said he "would be surprised if there was a change to the schedule".

It is understood Cardiff will resume training on Wednesday but French club Nantes cancelled their session.

Nantes fans are discussing whether to organise a silent march later this week.