"Our biggest fears have been confirmed," says Neil Warnock; Bamba to undergo surgery on Wednesday

Cardiff defender Sol Bamba has been ruled out for the rest of the season with an ACL injury.

The 34-year-old Ivory Coast international sustained the injury in the 2-0 Premier League defeat at Wolves on Saturday and left the pitch on a stretcher.

"Unfortunately our biggest fears have been confirmed regarding the injury Sol suffered at Wolves on Saturday," Cardiff manager Neil Warnock said.

"Scans have shown that Sol has ruptured his ACL; he will have an operation on Wednesday and therefore miss the rest of the season. 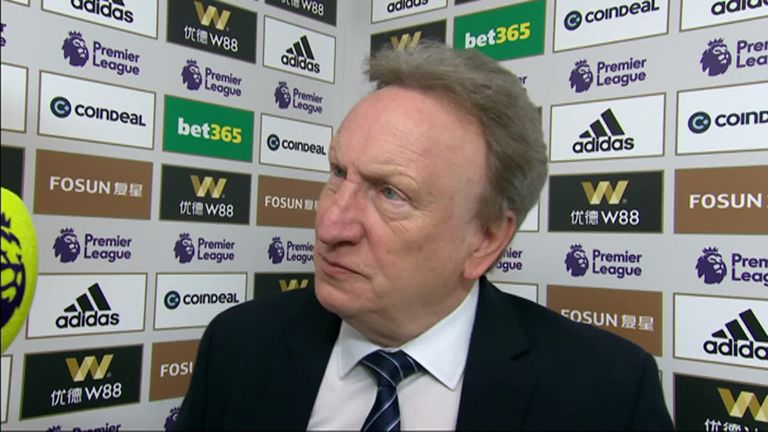 Speaking after the 2-0 defeat at Wolves, Neil Warnock said his Cardiff players would be disappointed after making elementary mistakes

"It is a major blow to the squad but I know all of our supporters will join me in wishing him the very best during his recovery."

Bamba has played a key role for the Bluebirds this season, registering four goals from the centre of defence, after helping Warnock's side win promotion from the Sky Bet Championship in 2017/18.