Cardiff owner Vincent Tan says he will ignore protests by some of the club’s fans demanding the team revert back to their traditional blue home strip.

The club played in blue for over a century before Cardiff’s board voted in 2012 to change their colours to red and bring in a new emblem to maximise brand awareness and commercial revenues.

This week, Cardiff supporters groups said they will step up their campaign in the New Year calling for the club to return to their original colours.

But Tan insists he will not change his mind and called on supporters to spend their energy on getting behind the team who currently lie 11th in The Championship.

Speaking to Jim White on Sky Sports News HQ on Christmas Day, Tan told Cardiff’s fans: “I would like to tell them this: Protesting will not make me change my mind.

“Cardiff will stay red and we hope the fans will think carefully and support the club so that we can get promoted to the Premier League. 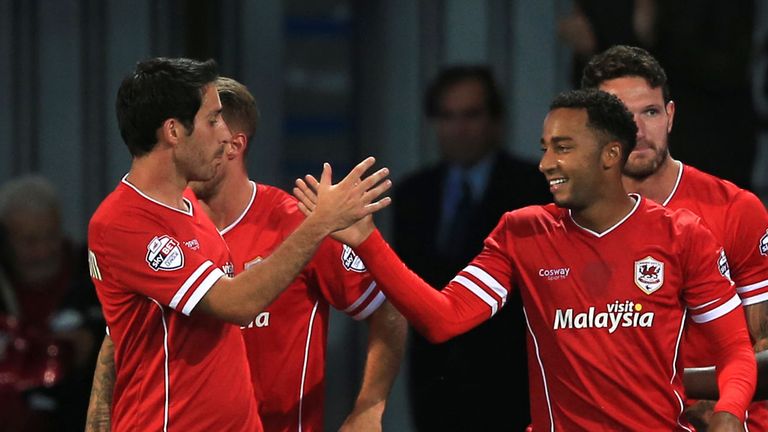 Cardiff will stay red and we hope the fans will think carefully and support the club so that we can get promoted to the Premier League.

“They should know that when I first invested in the club I said I would put in up to £100m if they would let me change the colour to red and use the red dragon as the symbol and replace the bluebird emblem.

“After all, the red dragon is the symbol and national flag of Wales. At the time everyone agreed and I kept my part of the bargain. I have invested now more than £100m so if they are protesting are they keeping their part of the bargain?

“I have done my part and they agreed. I hope they will think carefully and change their mind and support the club. After all it was my money that took up to the Premier League after 51 years. It was not Malky MacKay. He actually wasted a lot of money and all of this will come out soon.

“I think I am honourable and I hope and wish they will be honourable for the sake of Cardiff City Football Club.”

Tan, who has previously indicated he could sell Cardiff for the right price, added: “If we get promoted I could stay but it depends on the fans. It depends on their support.”

“I think he has done well. He has done better than Ole (Gunnar Solskjaer),” Tan said.

“I believe - given support by all the fans and by everybody - Russell will do well. Although we are in 11th position I still believe we have a good chance of being in the play-offs. And who knows? We may even getting promoted to the Premier League again.

“Not only me, but all of our fans and everybody in Cardiff would love that. I pray that is possible and I think we have a good chance. I think Russell is a good manager. I think he will be able to take us there.

“He’s a good man, he’s honest and I think honesty and integrity is so important.”