"You're looking for the rare pearl - someone who is good enough who will make us better who at the same time for some reason is being released by their club." 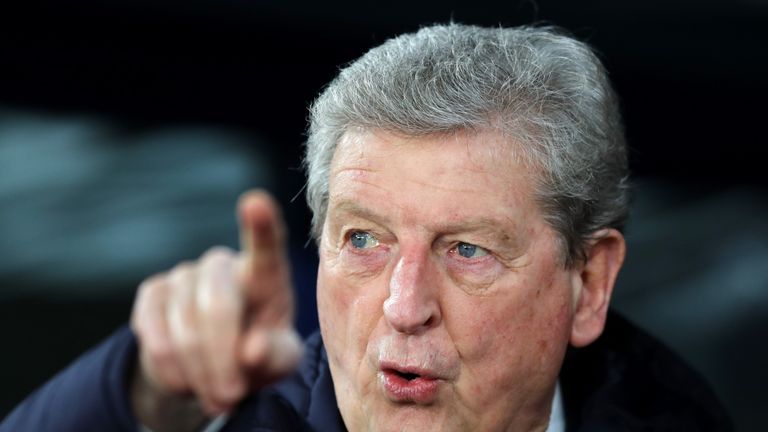 The Eagles had 30 attempts on goal as they laboured to a narrow 1-0 victory over Sky Bet League Two opponents Grimsby in the FA Cup on Saturday.

Hodgson, who pulled out of a move for Liverpool striker Dominic Solanke who then joined Bournemouth in a £19m deal, believes a failure to capitalise on their chances is proof Palace need a finisher.

"Getting a striker is obviously something we would like because as we've seen once again, we can't do much more in terms of dominating games," he said.

"You're looking for the rare pearl - someone who is good enough who will make us better who at the same time for some reason is being released by their club."

Possibly the most wasteful of all was Alexander Sorloth, the £9m Norwegian striker who has managed just one goal in 22 appearances since arriving at Palace a year ago.

When asked if Sorloth could be sent out on loan, Hodgson said: "We'll see. He's a much better player than he's been able to show in the games because we see his accuracy every day in training

"But for goal-scorers and centre-forwards, confidence does play a big part. The last thing you want as a striker is the opposing team putting all 10 players behind the ball."