Crystal Palace have 11 players whose deals expire in the next few months including Gary Cahill, Mamadou Sakho, Patrick van Aanholt, Andros Townsend and Christian Benteke; Roy Hodgson: "There will be some among that 11 that don't necessarily get a new contract"

Roy Hodgson insists Crystal Palace are in no hurry to hand new deals to players who are out of contract this summer - and feels they must earn them.

Palace have 11 players whose deals expire in the next few months, including defenders Gary Cahill, Mamadou Sakho and Patrick van Aanholt plus winger Andros Townsend and striker Christian Benteke.

Hodgson, who said earlier this month he was "undecided" about his own stay beyond the end of the campaign, believes it is too early to give consideration to the topic as the Eagles still have 13 games left to play.

"These players are under contract, it's not unfair of us to ask them to keep giving their best, to keep playing to the top level of their ability to earn the money we're paying them," Hodgson said.

"There will come a time, I'm sure, when they'll want to know about their future because they'll be looking to find other clubs if they don't get the contract here.

"But I think it's sometimes not a good thing if you - very early on - let players know that you don't want them anymore at the time we are depending so heavily on them."

The visit of relegation-threatened Fulham to Selhurst Park on Sunday gives Palace a big opportunity to put more distance between themselves and the Premier League drop zone. 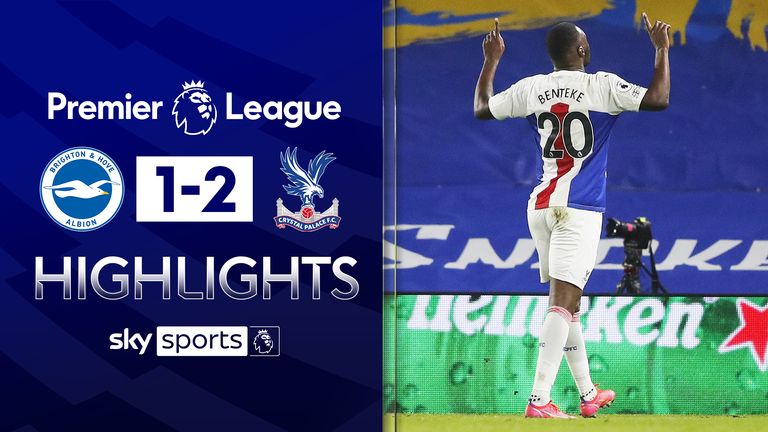 Hodgson's side are already 10 points clear but the veteran boss is taking nothing for granted.

"There will be some among that 11 that don't necessarily get a new contract but the further we can push that conversation and the decision that's been made down the road, the better it will be for the club," he added.

"Don't forget it's all very well talking about players' futures but this club's future is important, too.

"These players...they really should only have one clear goal in their mind and that's to make certain they earn their money and do the things they've been asked to do to keep the club in the league.

"Their long-term futures are something they'll have to deal with when the time is right." 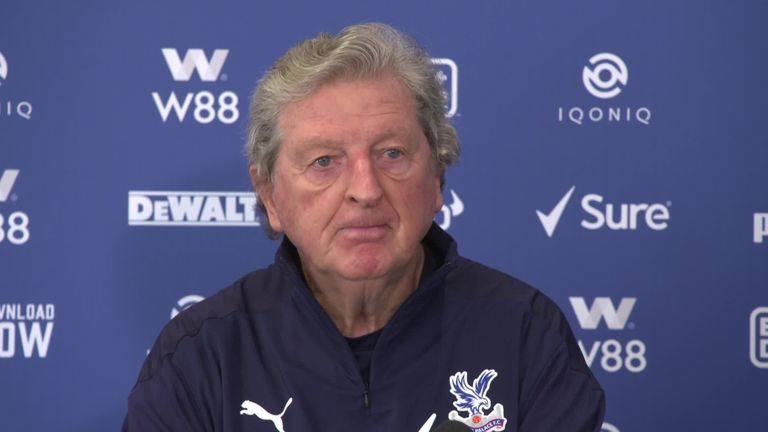 Benteke helped Palace move further clear of the bottom three with the winner at Brighton on Monday, with his sublime volley in the fifth minute of time added-on proving decisive in a 2-1 triumph.

The Belgian has been unable to command a regular starting role up front this season and has scored just four times.

Hodgson is hopeful there is more to come from the striker, who struck 15 times in the league in his first term with Palace in 2016-17 but has only found the back of the net 10 times since then.

"If you don't score goals as a centre-forward, you don't get too many pats on the back," Hodgson said.

"We'll be happy as long as he's getting into those positions. We believe if he keeps doing that he will score goals and they don't all have to be as spectacular as the one the other night.

"If he gets a run of games, which he'd need to merit because there are other players looking to take his position, then let's hope he can make certain the false dawn that has been alluded to isn't a false dawn and we get back Christian Benteke in the same form he was several years ago."