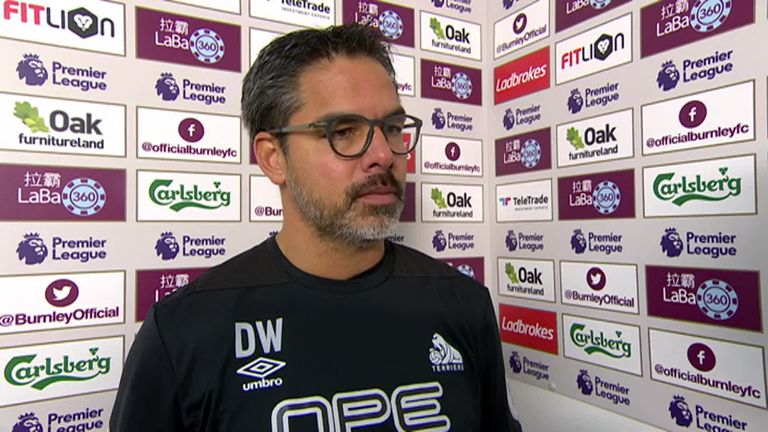 Wagner: Vokes needs to "control himself"

Huddersfield boss David Wagner said Sam Vokes needs to "control himself" after he elbowed Christopher Schindler in the face.

The Terriers managed to rescue a point with a 1-1 draw at Burnley on Saturday thanks to Schindler's second-half equaliser, but the Huddersfield captain was made to suffer minutes later when he received Vokes' elbow to the face.

The Welsh striker might face retrospective action from the FA, but Wagner is not happy about the incident, saying it's nothing he likes to see.

"It was a very nasty challenge, nothing I like to see in football matches, even if I don't like to say someone has done it on purpose," he said.

"This is too dangerous, it's something the striker has to control himself because it could be much more serious than it is.

"[Schindler's] face doesn't look nice and the elbows are nothing I like to see in football."

Although they enjoyed the better chances in the first half, Huddersfield remain winless in the Premier League after picking up three draws and five losses in their first eight league outings.

But Wagner is not worried about the situation the Terriers find themselves at the minute.

"We should have won the game," he said. "Everybody has seen that we were the better side, we were much more active.

"As long as we perform like we have done in the last weeks and today again, I'm more than confident that points, goals and wins will come.

"Unfortunately it's an away point that we take, but I'm pleased with the performance."