Scoring first was key to Leicester City's 2-1 win over Swansea at the Liberty Stadium on Saturday, according to the visitors' temporary manager Michael Appleton.

Swansea, who started the game in the relegation zone, recorded just their second win in the Premier League this season, and their first on the road, to hand Appleton three points in his first match in charge of the club.

However, making the breakthrough midway through the first half thanks to a Federico Fernandez own goal that was the key to his side's victory, says Appleton.

"Getting the first goal was massive - that is the second time we have done it this year and obviously that is the two wins we have got," he said.

"It was important that we started the game really well as we have not particularly started a few of the games that well of late, and gone behind in games.

"Delighted at the way they stuck at it as they could quite easily, after they pulled a goal back, gone on to draw or even lose the game."

Appleton, who was placed in temporary charge of Leicester following Craig Shakespeare's sacking on Tuesday, praised his players' impressive display in South Wales given the upheaval at the club this week.

"It's been a difficult week, so obviously we are delighted with that performance, the first half especially," he said. 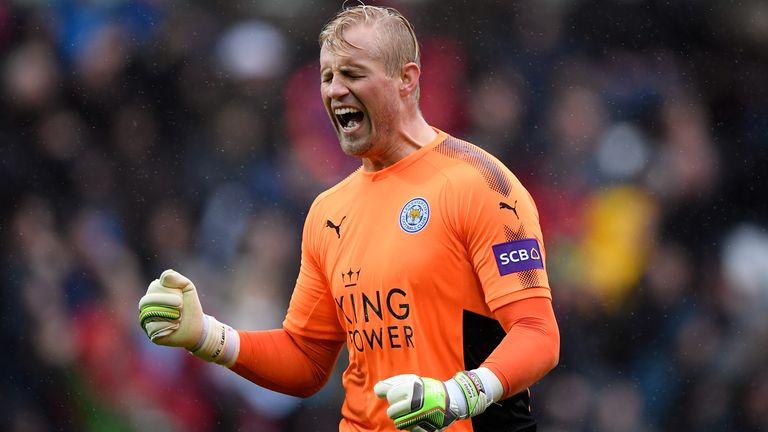 "I thought the way we moved the ball at times in that first half and it showed in the number of chances we created, gilt-edge chances.

"So to produce a performance like we did today after the week we have had, the players deserve a lot of credit.

"It was a response I was hoping for, whether I was expecting it is another matter, but it is difficult as you can be prepared as best you think going into the game.

"We like to think that the two days we had, as much as it was difficult off the field, the concentration levels and the way they approached the game today certainly suggests they were bang up for it."

However, when asked if he wanted the job on a full-time basis, the former Oxford United boss remained tight-lipped.

"I made it very clear when I did the press on Thursday, I come here as assistant manager and signed a three-year deal, I walked away from management in League One," he said.

"And I would just love the opportunity to honour the contract I have at the minute. And beyond that is out of my control."