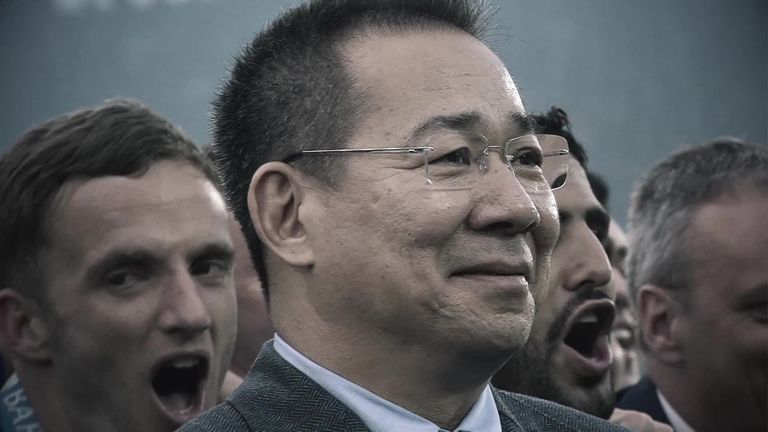 Tributes to Vichai Srivaddhanaprabha have poured in from around the world after the Leicester City chairman was among five people killed in Saturday's helicopter crash.

The entire Leicester squad joined the Srivaddhanaprabha family in observing the vast amount of tributes left by supporters outside the King Power Stadium on Monday, before a book of condolence was opened on Tuesday.

Soon after the title win, opera singer Andrea Bocelli sang at the King Power Stadium, where he performed several songs including Time to Say Goodbye.

Sky Sports pays tribute to Vichai Srivaddhanaprabha in the video above.