The players would normally have had the day off but having not trained on Monday and having only had a light session on Tuesday, the squad took part in a full training session. 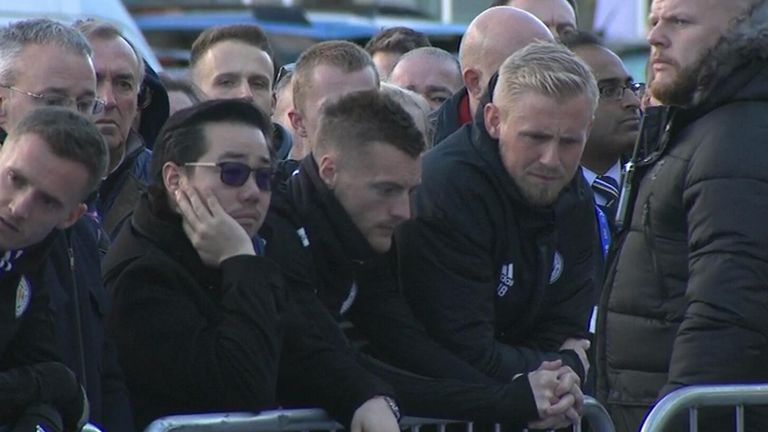 Jamie Vardy, Kasper Schmeichel and the entire Leicester squad joined the family of Vichai Srivaddhanaprabha in paying their respects at the King Power Stadium on Monday

Leicester have already stated they will travel to the Welsh capital by road rather than flying there, after deciding that would be insensitive given the circumstances of owner Vichai Srivaddhanaprabha's death in a helicopter crash on Saturday.

It was only confirmed on Tuesday that the Premier League fixture at the Cardiff City Stadium will go ahead as planned after their Carabao Cup game against Southampton was postponed as a mark of respect. 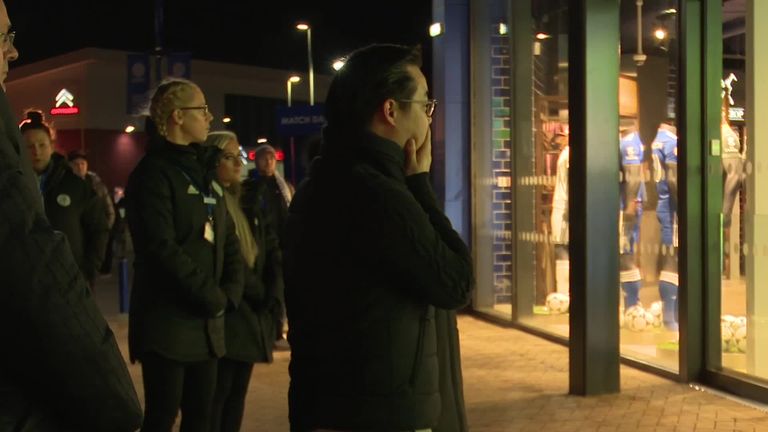 Vichai's son, Aiyawatt, has fully backed the decision and wants the game to go ahead to honour his father.