Leicester face Burnley at the King Power Stadium on Saturday

Leicester fans will continue their tributes to club owner Vichai Srivaddhanaprabha with a march to the King Power Stadium ahead of Saturday's home game against Burnley.

Thousands of supporters are expected to take part in the walk from Jubilee Square in the city centre, in memory of Srivaddhanaprabha and four others who died in a helicopter crash outside the King Power Stadium on October 27.

Saturday's match is Leicester's first at home since the tragedy and club captain Wes Morgan is expecting an emotional afternoon.

He said: "It's going to be tough as it's the first home game back and because of the circumstances of how it all happened, it's going to be very tough, but we'll have to keep our emotions together.

"We know the club's making a big deal of the day and we want to make sure everything goes according to plan, so it isn't going to be easy.

"There's a lot of activity surrounding the match and we need to focus on the game and perform."

Fans will begin the march at 12:45pm and follow a route through the city which includes Upperton Road, Raw Dykes Road and Western Boulevard.

Leicester have confirmed a special "Tribute to Khun Vichai" video will be shown at the stadium ahead of kick-off and fans will also "receive gifts of commemorative scarves, pin badges, clap banners and souvenir matchday programmes" in honour of Srivaddhanaprabha.

The match has also been selected as the club's Remembrance fixture and will mark the centenary of the First World War Armistice. 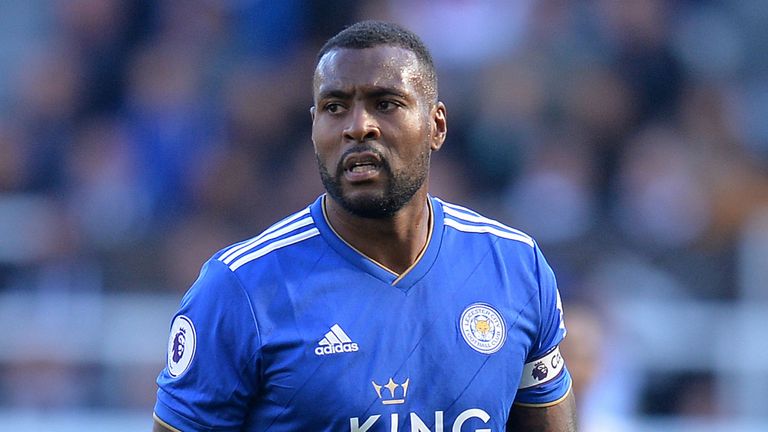 In a statement, the club said: "A two-minute silence will be observed before the game to honour those sacrifices as well as the five lives lost at King Power Stadium, with supporters encouraged to raise their scarves during the silence.

"At half-time, veterans and Armed Forces personnel will parade around the pitch. Donations will be accepted around the ground for the Royal British Legion - a cause for which City's Remembrance Fixtures have raised £250,000 in recent years.

"Tribute t-shirts will be worn by the players during their warm-up and Khun Vichai's name will be embroidered on the team's match shirts during the first half.

"The second-half shirts will bear the embroidered poppy symbol - a tradition proudly started by Leicester City in 2003."

Leicester began the process of "carefully and respectfully relocating" the floral tributes outside the King Power Stadium on Friday, as well as moving the "irreplaceable assortment of gifts of shirts, scarves, flags and personal mementos".

The club have also confirmed a statue will be built outside the stadium to honour Srivaddhanaprabha.