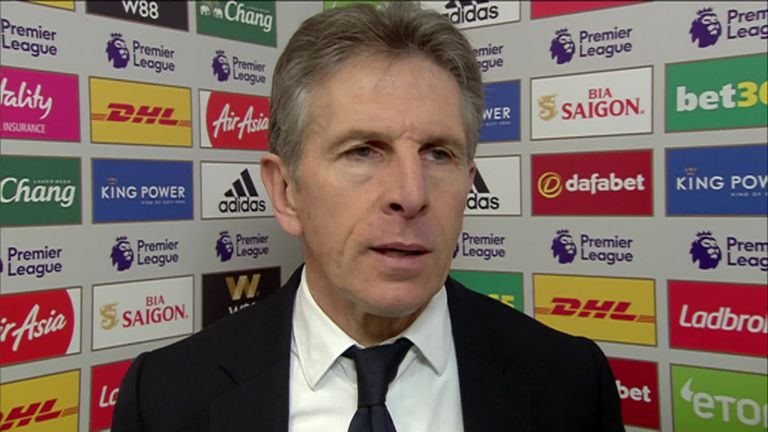 Claude Puel says he is not concerned about the boos at full-time for his Leicester team as 10-man Southampton left the King Power Stadium with three points.

The Foxes were booed off with at least one 'Puel Out' sign spotted but the Frenchman will ignore the critics.

Puel said: "The fans are disappointed like us and it's a normal thing, it's not my concern, I have to keep my focus and concentrate on the team.

"It's a big disappointment, we wanted a good response after our cup game. The players were focused, perhaps a little nervous, and we showed this in the first half. 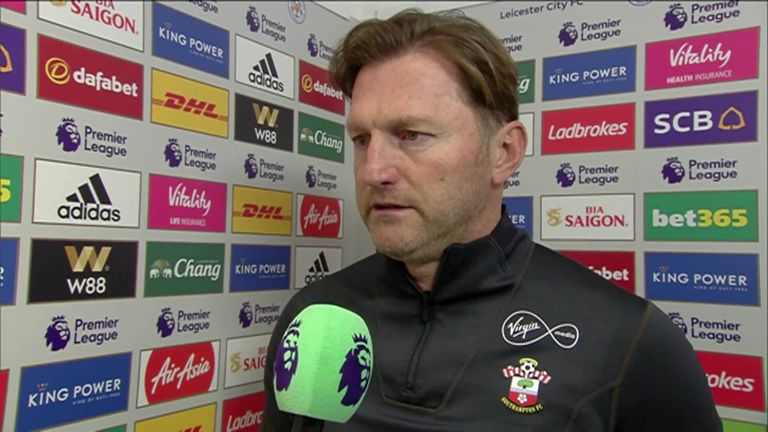 Ralph Hasenhuttl admits he was on edge in the second half as 10-man Southampton hung on to beat Leicester 2-1.

"We wanted to perform, we wanted to have a reaction and our concentration was perhaps too much. It was a difficult scenario.

"We didn't manage the first half well. It would have been good to have come back without the second goal but it was harsh and it was a bad moment.

"We played with desire and intensity in the second half but we didn't perform enough."