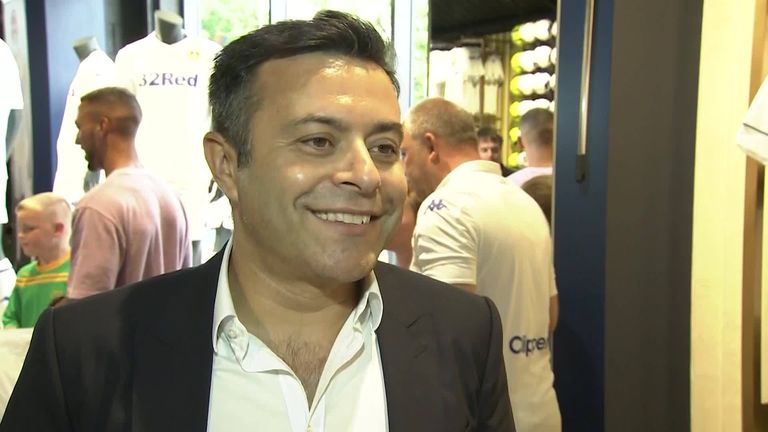 The Yorkshire club finished 13th in the last campaign, 15 points adrift of the top six and Radrizzani says that is not good enough.

Speaking at the official kit launch and the opening of the new club shop, the Italian told Sky Sports News: "We are Leeds United and we need to compete for the top.

"I think the play-offs are the target and if we are not able to achieve this it is not a good season for sure.

"If we do more than that it will be a dream so we know what we fight for."

Radrizzani was asked if he was looking forward to the new season which begins with relegated Stoke visiting Elland Road on August 5, live on Sky Sports.

"I feel fear and excitement at the same time," he said.

"Last year I only had excitement but now because of the unsuccessful season I feel fear and excitement."