Graham Potter says Brighton must be more clinical against Chelsea

"For us, controlling football results is not so easy to do. But you can try to control your own performance"

Brighton boss Graham Potter has urged his players to make the most of potentially limited goalscoring opportunities when they face Chelsea on Saturday.

The Seagulls were knocked out of the Carabao Cup by Aston Villa on Wednesday, although Potter did make significant changes from the side that drew 0-0 away to Newcastle last weekend.

Chelsea thrashed Grimsby 7-1 in their cup tie, having lost 2-1 at home to Liverpool in their last Premier League match, and Potter believes they must be more clinical in front of goal at Stamford Bridge. 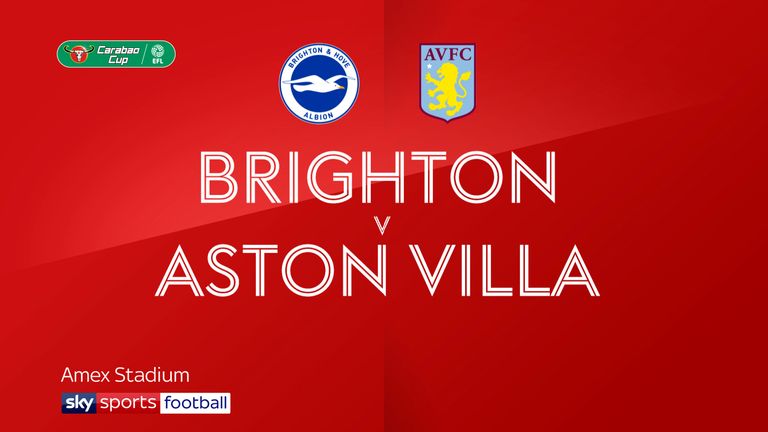 "We created more than Burnley [in a 1-1 draw] and Newcastle, but it's about making the most of those openings," said Potter.

"That is the challenge and it is the hardest bit of the game, but I am confident that with the quality we have it will turn around.

"For us, controlling football results is not so easy to do. But you can try to control your own performance - how we can get into the opposition, are they creating much against us, are we creating chances in relation to our opponents - and just keep improving those things.

"Hopefully then you can get more consistent positive results."

As for Chelsea, Potter is impressed by how Frank Lampard has managed to integrate some promising youngsters into the side, with the Blues unable to bolster their squad with new signings due to their current transfer ban.

Striker Tammy Abraham, midfielder Mason Mount and defender Fikayo Tomori have all featured this season, and Potter had the opportunity to admire the progress of Mount and Tomori when they were on loan at Championship side Derby when he was Swansea manager. 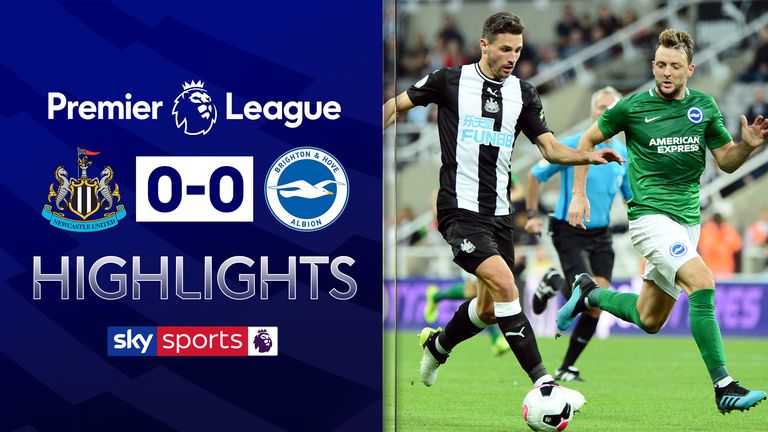 FREE TO WATCH: Highlights from the 0-0 draw between Newcastle and Brighton in the Premier League

"They have all done really well - both Mason Mount and Fikayo Tomori were really important for Derby - and you could tell that with the right pathway that they could go on and play in the Premier League," added Potter.

"It is the same with Tammy Abraham, he was someone who had scored goals in the second tier, and again it's about getting that opportunity at the top level.

"Frank knows them well which helps, and they have a good togetherness at the club. Sometimes you can use what some people see as a tough spell to your advantage.

"He has been in the game long enough and will know about both the group and the team. I have no doubt they will continue to do well."