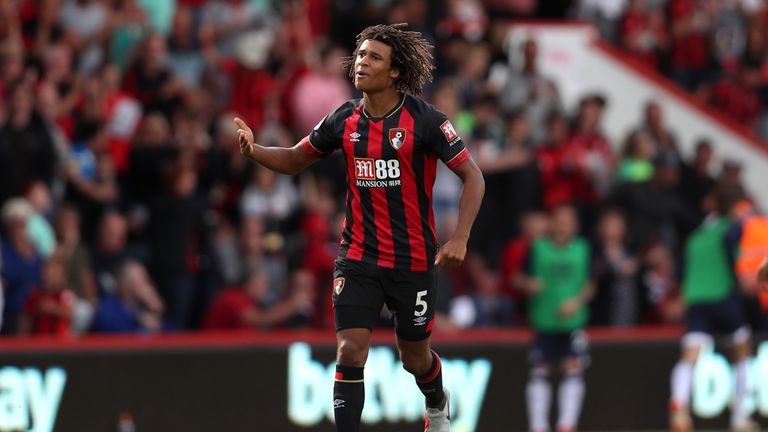 Tottenham have not made a move for Nathan Ake, says manager Eddie Howe

Eddie Howe has confirmed no approach has been made by Tottenham for Bournemouth defender Nathan Ake.

Ake has impressed since joining Bournemouth from Chelsea in 2017 and his profile ticks a number of boxes for Spurs' recruitment staff, notably that he fits their need to add home-grown players for their squad.

"I think that's a compliment to Nathan and how he's played since he signed for us permanently," Howe told Sky Sports when asked about the links.

"He's been a model of consistency. He picked up all the player awards that he did at the end of last season and he's carried that form into this [season].

"With any type of speculation that you are linked with, the clubs he's been mentioned with, it's a good sign. However, that doesn't mean we're about to lose him. He's a massive part of what we're doing.

"[There has been] nothing from our side, where it comes from I don't know. It's inevitable [to be linked] when the team is doing well people will naturally highlight our players, potential players who can go on and play at a higher level.

"I look at it as a compliment to the team. It certainly won't disrupt Nathan, knowing how level-headed he is. For him he's such a good personality it won't affect him in any way."

Dismissing the notion of a fierce derby, Howe said: "The only thing that motivates me is to try and win, regardless of who we play against, it could be a training game. Whatever it is it's about winning and the longer term picture will take care of itself.

"I definitely think it [the rivalry] has grown from the point a few years ago, we hadn't been at this level before and naturally I don't think that rivalry was there... it has the scope to get bigger."