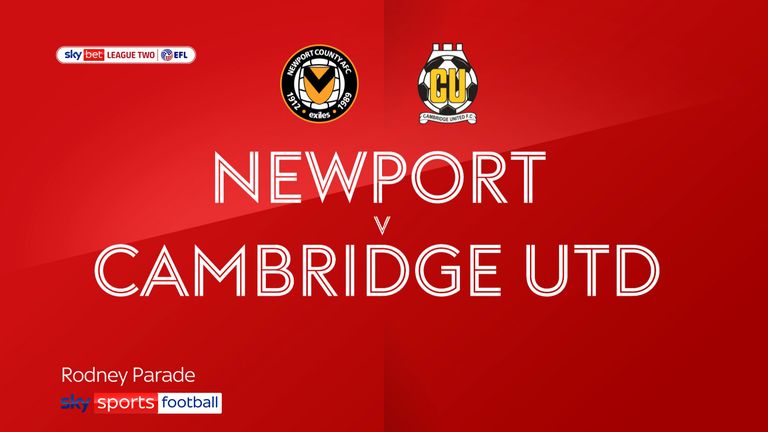 Cambridge strengthened their position for automatic promotion at the top of Sky Bet League Two after Declan Drysdale gave them a 1-0 win at Newport.

The Welsh side were on top for large periods of the first half, but could not break through and Cambridge were improved after the break.

They grabbed the only goal when Drysdale headed home Wes Hoolahan's free-kick at the back post in the 79th minute.

Newport made three changes and Matty Dolan's absence with a head injury saw them switch to a back four. Both goalkeepers were quickly called into action in an entertaining first half.

Newport dominated possession, but they failed to create clear-cut chances.

Burton denied Kevin Ellison and Sheehan in the second half, but Ironside struck the post with a close-range effort.

County appealed for a penalty when Sheehan struck powerfully on goal. Drysdale blocked the shot and Newport felt it had hit his hand, but the spot-kick wasn't given.

Drysdale then almost immediately went up the other end to score the decisive goal for the visitors.