Jones unfazed by transfer talk linking him with moves away from London Road; reveals Marcus Rashford is his footballing idol

Peterborough's teenage sensation Ricky-Jade Jones has revealed Marcus Rashford as his football role model and says interest from Liverpool, Manchester United and Arsenal has not distracted him from his development.

Director of Football Barry Fry previously confirmed enquires for the young striker from the Premier League trio, along with Leeds in January.

Jones admits he is flattered about the interest from other clubs, telling Sky Sports News: "As a 17-year old hearing that is really nice.

"I'm in a good position right now and I'm enjoying football so it doesn't distract me. It just gives me more motivation to show everyone what I can do."

When asked about his football role model he didn't hesitate in naming the player he most enjoys watching.

"Marcus Rashford because the way he broke into the team was similar to me and my upbringing. I watch Rashford a lot and learn from him."

Having been at the club since the age of nine, Jones remains appreciative of the opportunities Peterborough have given him.

"For developing young players it's probably one of the best clubs in England. It's a very good club and you've seen many players come through Posh and go on to have a great career."

Jones can run 100m in 10.9 seconds and manager Darren Ferguson recently revealed the striker is one of the fastest players he's managed.

So which style of play is most suited to his game?

"I look at teams like Leicester and players like Jamie Vardy. I think I'm suited to [being] a Vardy-type of player," Jones said.

"I've had a few defenders say they don't like playing against me and that's always nice to hear at a young age.

"Ever since U12s I had a coach who used to train me to get faster because my running technique wasn't the best. Over the years I've gradually got faster." 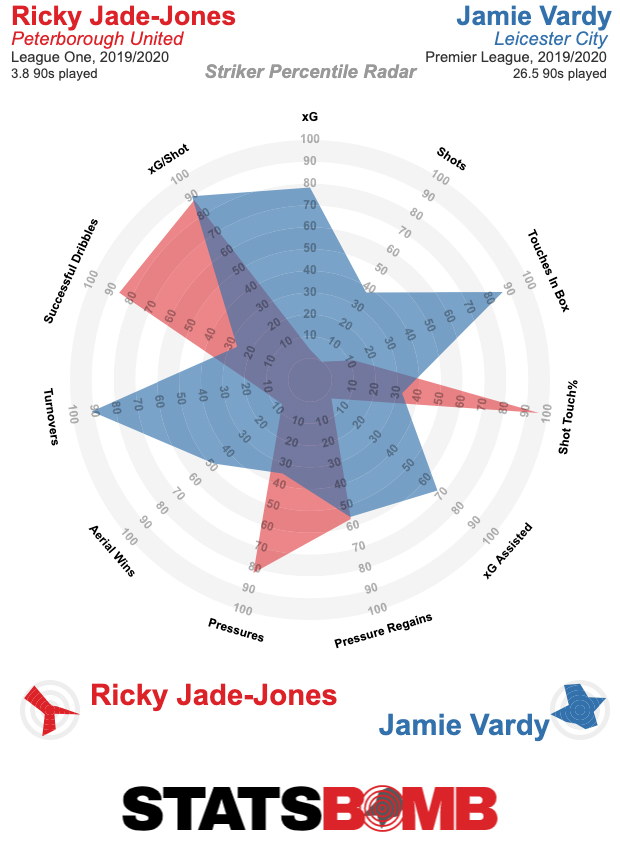 Jones was a ballboy for Posh's final game of the 2018/19 season when the forward was part of the youth team before making the leap to the first XI last summer.

"It was a big step going from ballboy to being involved in the first team. I'm loving every minute of the football," he added.

"At the back of my head I was always thinking that could be me playing on the pitch with these players.

"I've really enjoyed it. I've got a great manager. He and the players help me all the time and I'm just loving every minute." 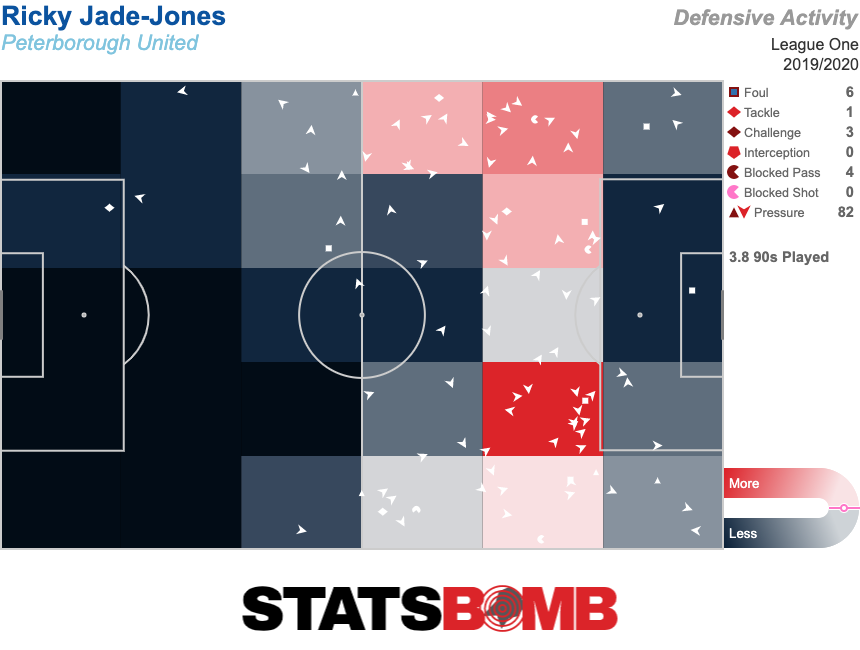 The highlight of his short career to date was the "unbelievable moment" when he scored in the FA Cup against Premier League side Burnley.

It was made all the more special because his family was there to see it and Jones values the sacrifices made by them to help him become a professional player.

"The game was much quicker. I came on in the 60th minute and thought I did well, won a few headers, was chasing the back four and then luckily got a little break in the box for the goal.

"Getting to football was a struggle because everyone was at work but she would find time for me."

Despite being just 17, he has a mature head on his shoulders, with the death of George Floyd in the USA and the subsequent protests not escaping his attention.

"It's not what anyone wants to see. It's shocking that it's still happening but I think everyone just wants change now. It's 2020.

"It's just not nice. Hopefully we can all come together and sort this out. Everyone should be equal."