EFL says it has "unanimously determined with enormous regret" to withdraw Bury's membership; FA confirms Shakers will not take part in this season's FA Cup

Two-time FA Cup winners Bury have been expelled from the Football League after 125 years of membership.

The news Bury fans had been dreading came after data analytics company C&N Sporting Risk pulled out of a deal to buy the club from owner Steve Dale, 90 minutes before Tuesday's revised 5pm deadline.

Bury, who were formed in 1885, were unable to fulfil their first five league fixtures of the season and are the first team to be expelled from the Football League since Maidstone United back in 1992.

League One will now comprise 23 teams for the remainder of the season and the number of relegation places will be reduced to three instead of four.

An EFL statement read: "The EFL Board met earlier this evening and, after a long and detailed discussion, determined that Bury FC's membership of the English Football League be withdrawn after the deadline passed at 5pm today (Tuesday, August 27) without a successful resolution. 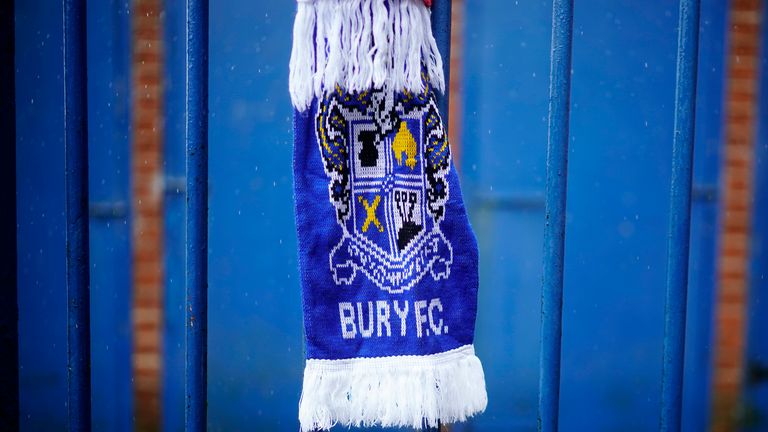 "Despite repeated requests to its owner, Mr Dale, over a sustained period of time, the necessary evidence in respect of how the club would meet its financial commitments, has simply not been provided and, as a result, attentions turned to securing new ownership at the club.

"Therefore, having fully considered all available options, including a number of late expressions of interest provided to the EFL, the EFL Board has unanimously determined with enormous regret that Bury's membership be withdrawn.

"The EFL Board had maintained that there could be no further suspensions to the fixture list and that these ongoing concerns and the integrity of the competition were a significant factor in the decision. 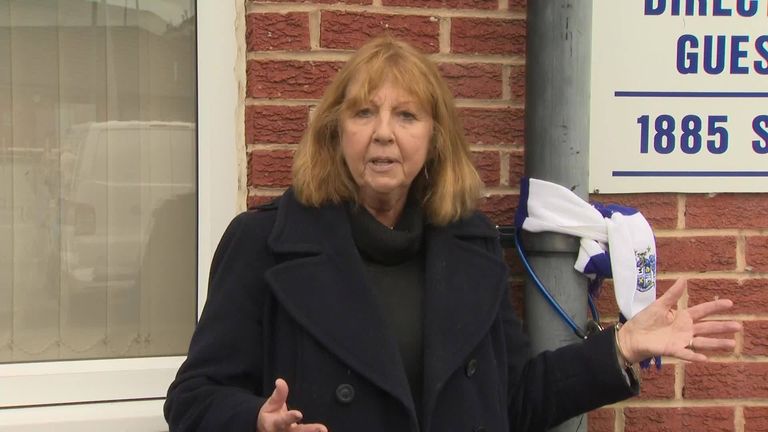 "Recent events have highlighted how decisions taken at Bury FC over the last few seasons have caused the club and individuals close to it significant financial distress and there are a number of matters which, in our view, will require further investigation.

"League One will now comprise of 23 clubs for the remainder of the campaign and relegation places in the division reduced to three, which will result in a full complement of 24 clubs in 2020/21. A discussion will take place with EFL clubs on the consequential impact in League Two when clubs next meet in September 2019.

Debbie Jevans CBE, EFL executive chair, said: "Today is undoubtedly one of the darkest days in the league's recent history. The EFL has worked determinedly and tirelessly to avoid this outcome and it is with a heavy heart that this situation has been forced upon us.

"The EFL has to place the integrity of our competitions at the heart of every decision we make, and we simply cannot allow this unacceptable situation to continue or countenance the prospect of postponing further fixtures.

"I understand this will be a deeply upsetting and devastating time for Bury's players, staff, supporters and the wider community. There is no doubt today's news will be felt across the entire football family.

"No one wanted to be in this position but following repeated missed deadlines, the suspension of five League fixtures, in addition to not receiving the evidence we required in regard to financial commitments and a possible takeover not materialising; the EFL Board has been forced to take the most difficult of decisions."

Bury expelled from the EFL – what it means?

'Look what you have done'

Asked if he had a message for owner Steve Dale, Danns told talkSPORT: "I would say look what you've done.

"This should never have happened. If you thought you could not move this club forward in a positive way, you should never have taken over because you've literally destroyed lives, because that's what this football club meant to so many fans."

He added that "serious questions have got to be asked" about what had happened.

"When you see the devastation of the fans, I just think I have to say something," he said. "It's unbelievable. I still can't believe it."

"We have been in as normal, training. I don't think anyone really believed that this was going to happen.

"For it to happen so suddenly, it's still really unbelievable. For a club with so much history and that has added so much to the league, for it to just be gone like that is just unimaginable.

"I've come to have a special bond with the fans and created some amazing memories, especially last year.

"At this moment in time, I just feel for them the most because you have got people who have been going to the game for years. It's like every story, you go to the game with your Grandad, your Mum, your Dad, your brothers, it's such a community. It means so much to people.

"For me, it's starting to hit me harder because I have got young sons myself. I know what it is like to take them to watch my boyhood team Liverpool and the bond that gives us. To see that taken away from future fans is just devastating.

"Football brings not just football on the pitch but it is so much more than that. This whole situation just does not feel real." 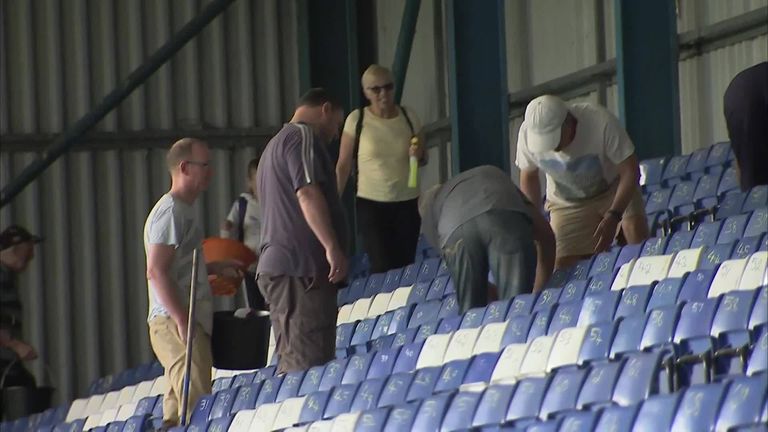 A statement from the FA read: "This is without doubt a sad day for Bury FC, their supporters and the local community. We appreciate how hard this decision has been for all parties involved.

"Following on from their expulsion from the English Football League, Bury FC will no longer be able to participate in the Emirates FA Cup for the 2019/20 season. We are therefore now consulting with our stakeholders regarding the first round proper following their exit from the league.

"If the club re-forms we look forward to them applying to make an application to The Football Association to re-join league competition further down the English football pyramid from the 2020/21 season."