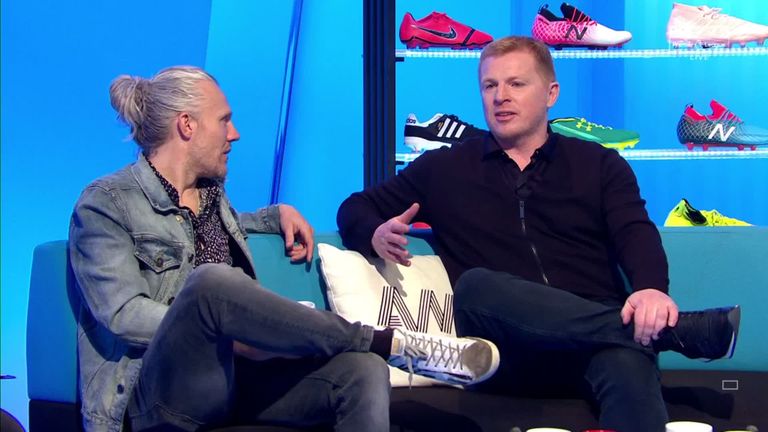 Neil Lennon recalls how he signed Virgil van Dijk for Celtic, and his similarities to Rio Ferdinand.

Neil Lennon has explained the story behind how he managed to sign Virgil van Dijk for just £1.74m while he was manager at Celtic.

Van Dijk was snapped up by the Scottish Premiership club as a 21-year-old in 2013 after Lennon had been impressed with his performance for FC Groningen against Ajax.

The Dutchman's career has gone sky-rocketed since, moving from Celtic to Southampton and then Liverpool for £75m in 2017 - a world-record fee for a defender.

Van Dijk is set to command Liverpool's defence when they take on Manchester United, live on Sky Sports on Super Sunday, and Lennon has not been surprised about the direction the Netherlands star's career has taken.

"He was outstanding," he told Soccer AM. "When the recruitment team showed me videos of him, I thought 'he's going to be next the Rio Ferdinand.

"But watching him, I was thinking there must be something wrong with him as I went over to watch him play against Ajax and I was looking around thinking 'why are there no scouts here?'.

"I knew we had to get the deal done quickly. We ended up getting him for 2m Euros.

"From the first day in training he was unbelievable. He had everything. I said to him on the first day 'enjoy yourself here, son, you won't be here long'.

"It amazed me he was in Scotland for so long. Southampton were smart to get him but it amazed me none of the other big clubs came in, as he could have played for Real Madrid or Barcelona."