Steven Gerrard believes Jermain Defoe is a dream come true for his Rangers midfield after watching the striker grab his fifth goal for the club in their 4-0 win over Dundee.

The Ibrox boss introduced the former England forward with 24 minutes remaining of Wednesday's Scottish Premiership clash and he rounded off the scoring in the final minute after the Gers had hit three goals early in the first half.

The 36-year-old ran on to a Ryan Jack pass before slamming an unstoppable drive into the net and Gerrard, who starred alongside Defoe on 40 occasions for England, says his Ibrox team-mates have quickly come to realise the on-loan Bournemouth ace's value.

"That is what we've brought him here for, to score goals," he told RangersTV. "It doesn't matter whether Jermain plays 90 minutes or 60 or 30, we want him to be a goal threat, and his movement is fantastic.

"I used to love playing with him. He's a dream for a midfielder because his movement tells you where to play the ball.

"It was a great pass from Ryan and a great finish, and he'll continue to do that if we provide the service for him."

Rangers have now scored 14 goals in their last three games after following up back-to-back 5-0 hammerings of Kilmarnock and Hamilton with their latest spree against the Taysiders.

But while Gerrard was frustrated by his team's failure to put their foot down after the break, he was pleased to see them rack up a fifth straight clean sheet. 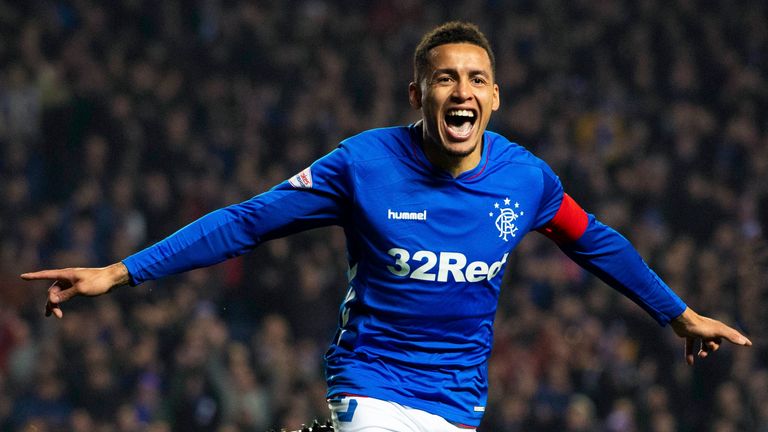 "We've always said that will be our base and that's the only way you can build success is if you are solid at the back," he said. "But we gave Dundee some chances that we shouldn't have. At the end, they had a couple of breakaways and a couple of efforts at goal.

"In the second half, we should be playing in their half and really sustaining attacks and just keep passing and killing them with the ball.

"We never but it's another clean sheet, another strong win. There were two sides of us tonight and I'm going away slightly disappointed, believe it or not.

"But Jermain Defoe has made me feel a lot better because that's a hell of a finish at the end."