Hibs' first-choice goalkeeper Ofir Marciano was injured before Christmas and his replacement Dillon Barnes has been recalled by Queens Park Rangers; Goalkeeping coach Craig Samson could start in goal against Celtic on December 11

Hibernian face a goalkeeping crisis ahead of next week's trip to Celtic after former Rangers boss Mark Warburton opted to recall Dillon Barnes back to QPR.

Barnes had been thrust into action after first-choice goalkeeper Ofir Marciano suffered an injury in the win over St Mirren just before Christmas.

The 24-year-old was in between the sticks as Jack Ross' team suffered successive losses to Rangers, Ross County and Livingston.

However, with QPR No 1 Seny Dieng reportedly attracting interest from a number of Premier League clubs, Warburton has decided he needs Barnes back down in London.

For Hibs, it means unless Marciano can shake off his hamstring troubles or a new stopper can be sourced, Ross will have to turn to goalkeeping coach Craig Samson when they head to Parkhead on Monday, live on Sky Sports.

Samson, 36, has been on the bench for the last three games but the former Kilmarnock and St Mirren goalkeeper has not tasted first-team action since November 2018. 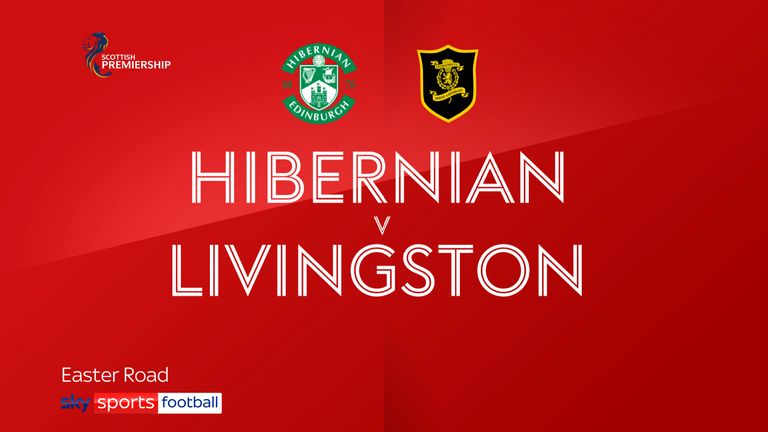 Highlights from the Scottish Premiership as Hibernian faced Livingston

Ross, however, is trying not to panic. "Dillon goes with our best wishes and I'd like to thank him for his contribution this season," he said.

"He's been a well-liked member of the group, whose attitude has been first class since the day he arrived at the Hibernian Training Centre.

"Our goalkeeping coach, Craig Samson, has been equally pleased with his efforts.

"Dillon has performed well when he's had the opportunity to play - especially in our recent game at Ibrox when Ofir Marciano missed out through injury.

"However, we understand the desire for regular first-team football."

Barnes added: "I've loved every minute of my time at Hibs. I've been made to feel very welcome by everyone at the club and it's been a great experience all-round.

"I've learned a lot that I'll take with me, and it's been a pleasure working on a daily basis with the coaching staff and the other goalkeepers.

"I'll always look out for the Hibs score on a Saturday and it goes without saying that I hope the boys have a great second half of the season."