A coronavirus outbreak left Dundee United without nine players and their entire first-team coaching staff for the defeat at Livingston; Dundee United vs Rangers is live on Sky Sports Football from 11am on Sunday; kick-off is 12pm

Dundee United will not know until later this week if any of their players currently self-isolating will be available to face Rangers on Sunday, live on Sky Sports.

Those at the club not currently in isolation will return to training on Tuesday, when everyone present will be tested for coronavirus.

The club are continuing to liaise with NHS Tayside and the Scottish FA as they attempt the pinpoint the source of last week's outbreak, but at this stage, it is not clear if any of those in isolation will be cleared by the weekend.

Government and health officials criticised Dundee United over the weekend, after a photo emerged of a squad photo-call at Tannadice, where those present did not socially distance.

Several top-flight games in Scotland have had to be postponed so far this season, with Kilmarnock, St Mirren, Celtic and Aberdeen among those directly impacted by the pandemic protocols. 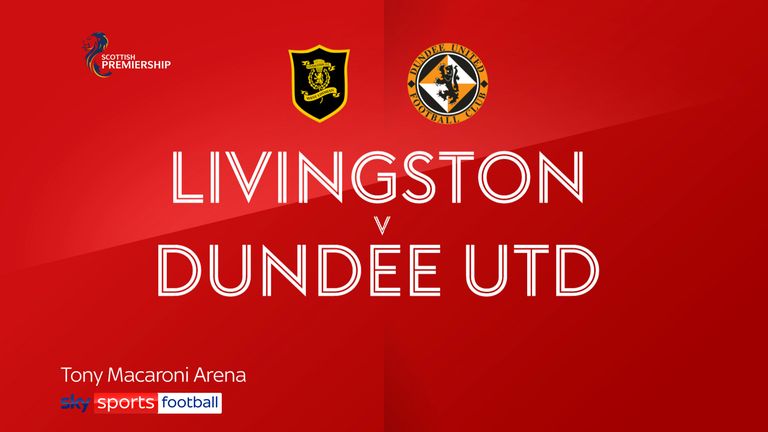 Highlights of the Scottish Premiership match between Livingston and Dundee United

How news of the Covid outbreak unfolded

Dundee United cancelled last Wednesday's training session as a precaution after three non-playing employees tested positive, but the playing squad were cleared by authorities to train on Thursday.

By Friday lunchtime, these precautionary measures were stepped up, with nine players and the entire first-team coaching staff instructed to self-isolate.

Sporting director Tony Asghar said on the club's website: "After further discussions with the Scottish FA and Tayside Health Board, we have been advised that our non-playing staff who have been self-isolating should continue to do so.

"Our academy head of tactical performance Thomas Courts and other academy staff will lead the team for Saturday's game against Livingston.

"Furthermore, nine members of our squad are now self-isolating as a precaution due to having close contact with medical staff at the HPC (high-performance centre) at [the University of] St Andrews."