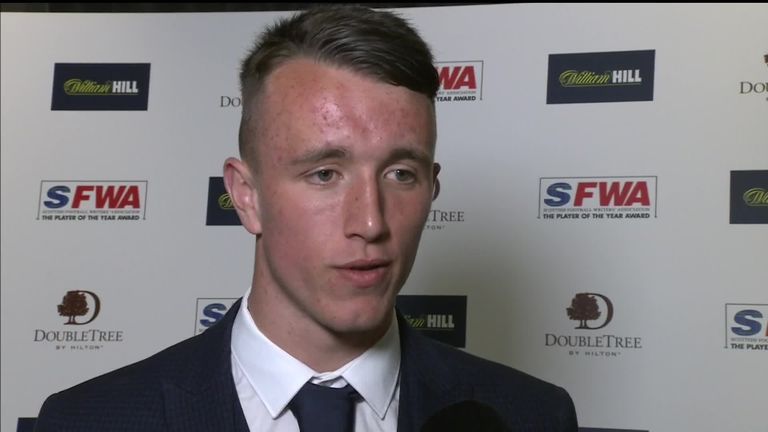 Scotland Young Player of the Year David Turnbull says he is only focused on his football at Motherwell despite interest from other clubs.

David Turnbull insists he is 'totally happy' at Motherwell after a string of fine performances have brought him to the attention of a number of clubs.

The 19-year-old picked up the Scottish Football Writers' young player of the year award on Sunday evening - just hours after his double helped Motherwell record a 3-2 final day victory over Livingston.

Those goals took his tally to 17 for the season and further cemented him as one of the rising stars of the Scottish game.

So much so Well chief executive Alan Burrows described Turnbull as "not just a once-in-a-generation talent, but a once-in-a-couple-of-generations talent".

Burrows even went as far as to say any offer for the youngster, whose current deal expires in summer 2021, would have to top the £1.75m Celtic paid Motherwell for Phil O'Donnell back in 1994.

However, Turnbull is taking all the plaudits in his stride, insisting he is solely focused on Motherwell next season.

"Motherwell is the perfect place for any young boy to improve," Turnbull said.

"I'm totally happy at Motherwell for now playing my football and just focusing on what I am doing, which is coming back for pre-season flying and taking the season on from then."