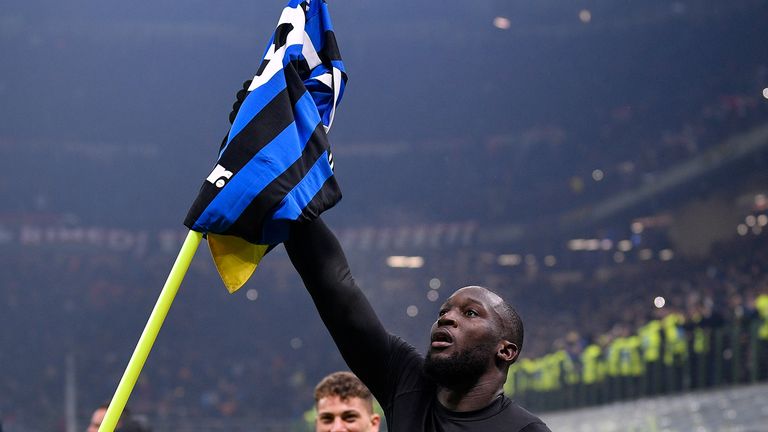 Inter Milan striker Romelu Lukaku says he has "matured" in Italy since leaving Manchester United and is now an all-round better player.

Lukaku needed to escape United to "rediscover himself", Belgium's record goalscorer told Sky Sports News in January, and has hit the ground running at Inter this season, scoring 17 goals in 25 games.

But, speaking to former Arsenal striker Thierry Henry on an Instagram Live, Lukaku said he is working hard to make sure his game is about more than just goals.

"When you mature, it's not only about yourself anymore," Lukaku said.

"Scoring is my drug, that's what I live on. But the older you get, you have to use your intelligence, I am a student of the game.

"I think if I want to help my team, I have to be capable to give assists.

"It cannot just be me [scoring], it has to be the guy next to you. Everyone has to feel important.

"If I cannot shoot myself, I will always look for the last pass."

Football in Italy has been suspended until at least April 3 because of the coronavirus pandemic and it remains unclear when Serie A will return.

"It's just difficult, I miss the competitiveness, the training sessions and I miss the game, playing in front of the fans," added Lukaku. "That is the most difficult thing and the thing I miss the most."

"What about scoring goals?" asked Henry.

Lukaku, laughing, responded: "Yeah, that is the most important thing."