Pierre-Emerick Aubameyang is generating plenty of transfer talk but says he is not looking to leave Borussia Dortmund.

The 25-year-old striker has spent just one season in Germany, having been snapped up from Saint-Etienne in the summer of 2013.

His debut campaign proved to be a productive one, as he netted 13 times in 26 Bundesliga appearances. 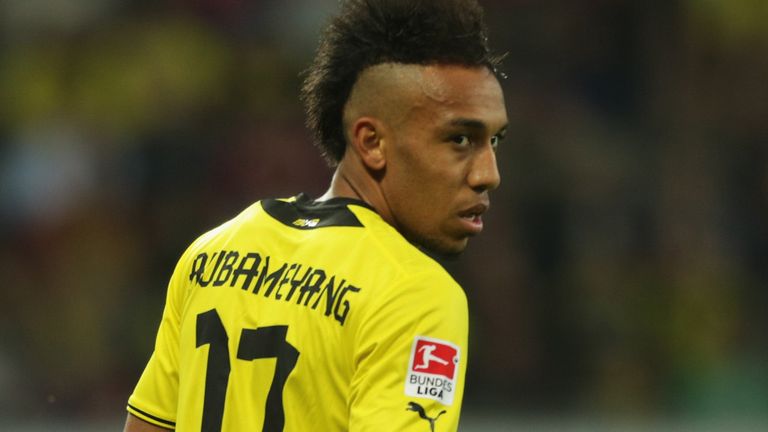 I have heard all of the rumours, the interest from Italy and so on. Honestly, that is of no interest to me.

He struggled to hold down a regular starting role, though, as he competed with Robert Lewandowski and has seen Ciro Immobile drafted in to cover the loss of the Polish hit-man to Bayern Munich.

It has been suggested that Aubameyang may be tempted to try his luck elsewhere, with Newcastle United, Chelsea and Roma among those said to be keen, but the Gabon international insists he has expressed no desire to move on.

He told Sport-BILD: "I am under contract with Borussia Dortmund until June 2018.

"I never wanted to leave and I am not out to leave the club.

"There has been no-one trying to lure me away from Dortmund. That's a fact.

"I have heard all of the rumours, the interest from Italy and so on.

"Honestly, that is of no interest to me."