Ole Gunnar Solskjaer would have been pleased by PSG's first loss of season, says Thiago Silva

Paris Saint-Germain's first loss of the season must have pleased Manchester United caretaker Ole Gunnar Solskjaer ahead of next week's Champions League clash between the teams, says Thiago Silva.

Solskjaer travelled to the Groupama Stadium after United's 1-0 win at Leicester and saw Lyon come from behind to inflict a first league defeat of the season on PSG.

"Solskjaer must be happy with what he saw," PSG captain Silva said. "We started the game well, but then we lost our concentration and did not have a good first half.

"For me, too, it was difficult. The second half was better but that was not enough. We missed a lot of things. We need to be more focused when we do not have the ball, for example.

"Solskjaer possibly walked away from here happy because we did not play really well." 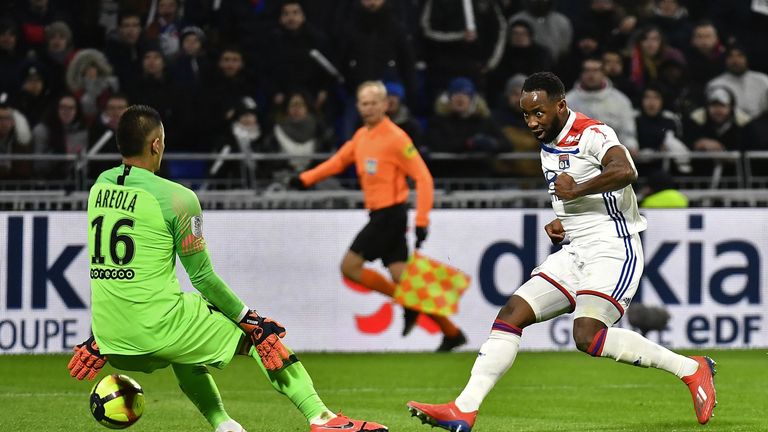 PSG lacked steel in midfield in the absence of injured Marco Verratti and missed the spark of Neymar, who will miss both legs of the tie against United after fracturing his metatarsal.

Ahead of PSG's trip to Old Trafford on February 12, though, a defiant Silva has issued a warning his side will be up for the challenge against United.

2015 - Paris have lost a Ligue 1 game after scoring the opening goal for the 1st time since January 2015 against Bastia (2-4). Shake. pic.twitter.com/5MqVYGL4UX

"Do not be worried about us," he added. "Next Tuesday, in Manchester, it will be another competition, another environment, another atmosphere. In the meantime, we have to work between us to show something else.

"It's going to be a great clash against Manchester. We will be facing a great team. Manchester United are on a run of nine wins in 10 games. To beat them we will have to be at 110 per cent."