With less than a month to go until Gareth Southgate names his squad for the World Cup in Russia, we look at how his England hopefuls got on this weekend.

Southgate has until May 14 to give England's 35-man provisional squad to FIFA and needs to whittle it down to 23 by June 4 - two days after England's next friendly against Nigeria.

The England manager, who says he knows "19 or 20" players that he will select already, plans to name his 23-man squad early to ease pressure on preparations.

But how did they fare this weekend in the Premier League? We have had our notebook out over the last few days...

Trent Alexander-Arnold started positively in a new role for Liverpool on the right of midfield. However, after suffering a dead leg his influence faded and he was replaced after 65 minutes. Jordan Henderson managed to complete the game after an injury scare in the first half when he twisted his ankle. Joe Gomez was solid enough in defence but failed to make much of an impact going forward down the right side. 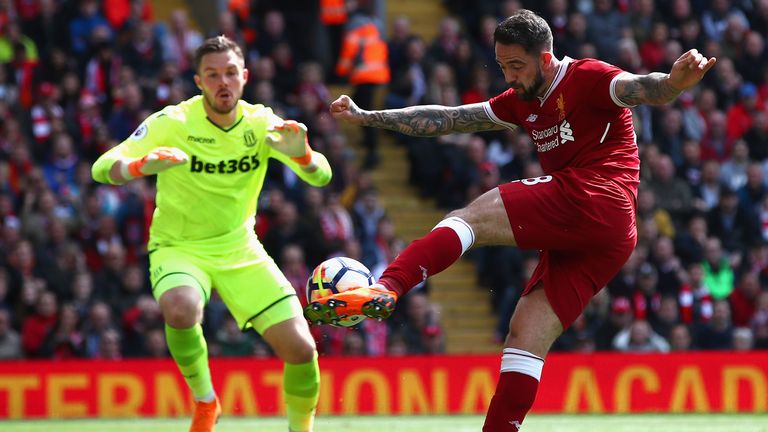 It was a successful afternoon for Burnley's England internationals involved. Nick Pope and James Tarkowski both kept the Brighton attack at bay.

Brighton's Glenn Murray may not have done much to impress Southgate. He struggled to make a significant impact off the bench and picked up a yellow card.

In front of England boss Southgate, Ruben Loftus-Cheek impressed in midfield, playing 86 minutes and capping his fine display with a goal. 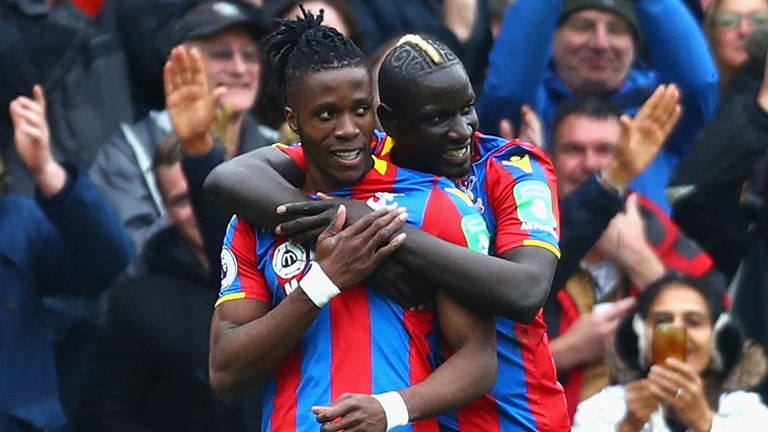 Andros Townsend, who is an outside bet to be included in England's World Cup squad, also put in an excellent display, playing 86 minutes and causing Leicester problems all afternoon with his pace.

For Leicester's England contingent it was an afternoon to forget, Harry Maguire and Jamie Vardy both played the full 90 minutes but with their side on the back foot, struggled to make an impression.

Jordan Pickford had a relatively quiet afternoon's work at the John Smith's Stadium, with the England international keeping what must surely be one of his easiest clean sheets of the season.

Meanwhile, left-back Leighton Baines produced another accomplished display for his side, reminding Southgate that even at 33, he still has much to offer in that role after creating the visitors' second, the 82nd Everton goal he has been involved in in the top flight.

Jake Livermore was quick and alert to lay on the winning goal for Matt Phillips, and he could have had another assist had Salomon Rondon converted another chance in the second half. However, you could argue Livermore's selfless defensive performance further strengthened his claim to be on the plane to Russia.

It proved to be a frustrating afternoon for Jonjo Shelvey as his bid to convince Southgate to include him in his squad was dampened by his side's lethargic display. 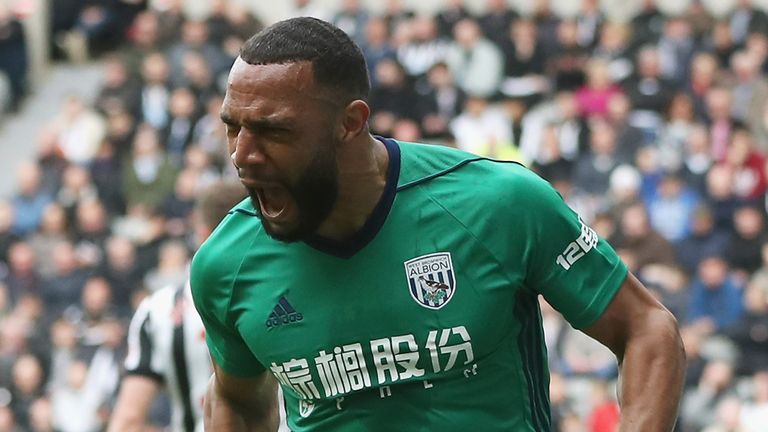 Ryan Bertrand will count his lucky stars that his poor miss in the second half did not prove costly. Both he and Nathan Redmond actually had rather quiet afternoons down the left flank, with Dusan Tadic hogging the limelight on the right. Lewis Cook had one speculative effort for Bournemouth, but otherwise had little effect on the result.

Alfie Mawson could have cost Swansea with an own goal, but despite the nervy moment, he put in a solid performance for the remainder of the game. Gary Cahill also did well at the other end, helping Chelsea to keep a clean sheet and producing some vital blocks when needed. 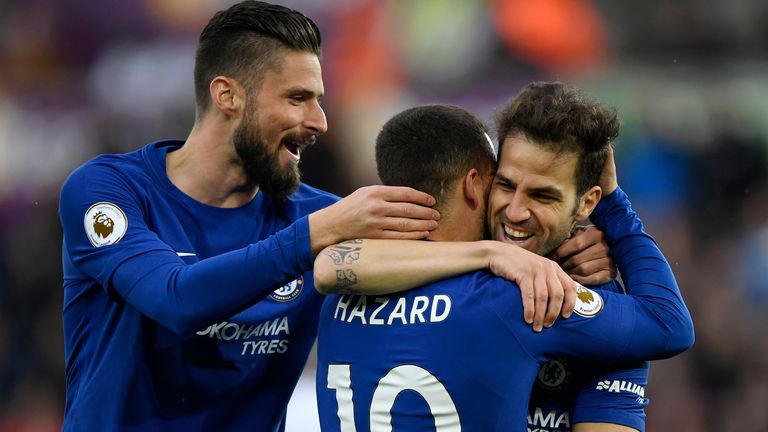 Joe Hart was ineligible to play against his parent club but, with Man City scoring four goals, his World Cup hopes were arguably strengthened by being absent.

Kyle Walker returned to the Man City side for a 61-minute cameo while Fabian Delph's claim for a surprise inclusion gathered pace as he put in another solid performance. Raheem Sterling's stock continued to rise as he tormented Aaron Cresswell and set up two goals in an inspired second-half display at the London Stadium. 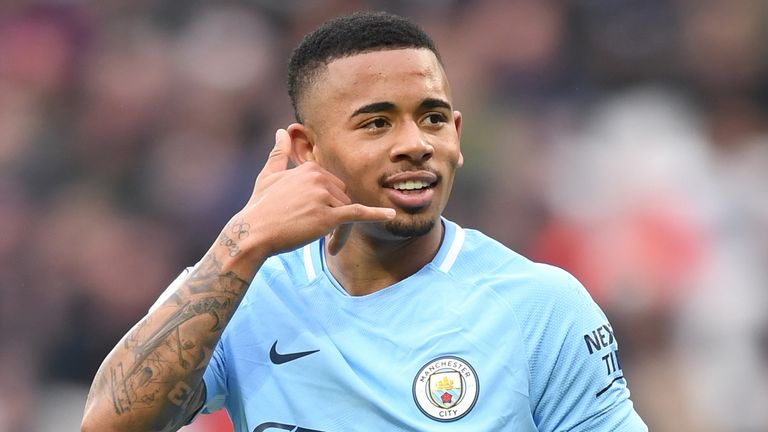 Ashley Young impressed at left-back for United, setting up the winner for Marouane Fellaini with a trademark delivery from deep, while Chris Smalling was nothing more than solid. Elsewhere for the hosts, Jesse Lingard was largely ineffective before being substituted after the hour mark.

Danny Welbeck started on the bench for Arsenal but came on for 25 minutes, and there was a nod to future major tournaments as young English midfielder Ainsley Maitland-Niles picked up the man-of-the-match award.

It was a case of Job done for Dele Alli, as the midfielder ended a run of 10 home league appearances without a goal by profiting from Ornestis Karnezis' mistake. Watford's defence did well to keep Alli on the periphery of the game, but it is a good sign for England if he is still scoring when appearing to be keeping plenty of energy in reserve.

Harry Kane showed early signs of rustiness as he dragged an effort straight at Karnezis with Kieran Trippier better placed for the pass before he failed to control from Alli's cross. On 33 minutes, Kane ducked under a cross when receiving a call that came from a Watford defender, but the striker showed his strength in character by flashing in his 27th league goal of the campaign.

Trippier overcame an early knock to his foot to produce the cross that caused uncertainty for Spurs' opener, and his delivery from out on the right caused the Watford defence problems all night, setting up Harry Kane for the second. On this evidence, Gareth Southgate faces a dilemma on whether to persist with playing Kyle Walker as part of a back three.

Meanwhile, one slack pass from Eric Dier nearly resulted in a Watford equaliser in the first half, and while Will Hughes impressed for the visitors in the opening 45 minutes, Dier showed a good range of passing and discipline to nullify the threat of Hughes and Gerard Deulofeu in the second period.