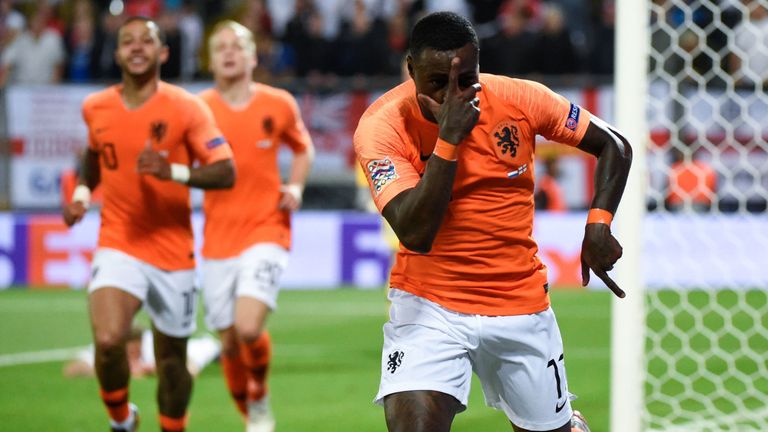 At 1-1 in the extra period, last-man John Stones dwelled on the ball, allowing Memphis Depay through to force a save from Jordan Pickford, but Quincy Promes pounced to prompt an own goal from Kyle Walker (97). And then Ross Barkley's mistake, losing the ball on the edge of England's area as they attempted to play out of the back, allowed Promes to make sure of a final spot (114).

In a game reminiscent of England's World Cup semi-final defeat by Croatia 11 months ago, Gareth Southgate's side went ahead in the first half when Matthijs de Ligt's brought down Marcus Rashford, who converted the penalty himself (32) for his seventh international goal.

But De Ligt atoned for his error to bring the Dutch level with 17 minutes remaining, rising superbly to head home Memphis Depay's corner, not long after Jadon Sancho should have doubled England's lead with an unmarked header.

England thought they had won it late on only for Jesse Lingard's effort to be ruled out for a marginal offside by VAR (82), before the two late mistakes handed Netherlands the win on a plate. 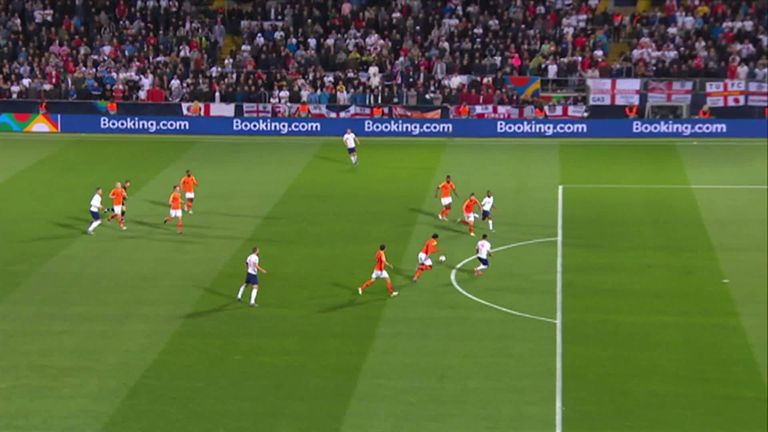 Netherlands will now play Portugal in Sunday's final in Porto, live on Sky Sports Football and Sky Sports Main Event at 7.45pm, while England face Switzerland in the third-place play-off on the same channels at 2pm.

How England threw away lead in Guimaraes

Netherlands had more of the ball in a disjointed opening half an hour, but gifted England an opener on 32 minutes.

De Ligt, the 19-year-old Ajax skipper heavily linked with a move to Manchester United and Barcelona, caught Rashford with an outstretched leg as he looked to make amends for the ball running under his foot. Referee Clement Turpin awarded a penalty, which Rashford duly dispatched into the bottom right corner.

Rashford was close to a second as he was found in-behind by Jadon Sancho's deft through ball, but a fine tackle from Denzel Dumfries denied the Manchester United forward, while Netherlands' best first-half chance came in stoppage time as De Ligt headed wide unmarked from Depay's fine cross.

Gareth Southgate introduced Harry Kane at half-time for the injured Rashford, and the Spurs striker will have wished he had been on the end of Fabian Delph's dangerous ball early into the half. Instead it reached Sancho, who headed straight at Jasper Cillessen unmarked just six yards out.

De Ligt showed his own aerial prowess in the opposite box, however, powering home Depay's right-flank corner at the near post having risen above Stones and Kyle Walker, before Donny van de Beek struck over the bar in acres of space 12 yards out on the stretch.

Then came more VAR drama as sub Lingard slotted home Barkley's pass following a fine England move, but after wild celebrations and a lengthy check, the Manchester United forward was adjudged to be offside by the tightest of margins, before Netherlands had a handball appeal in the other box correctly turned down by VAR moments later.

Both sides pushed for a winner in normal time, Raheem Sterling going closest as his 20-yard effort skimmed the bar, but it went to extra-time as England fans had a case of déjà vu following their World Cup semi-final with Croatia last July.

England, who had attempted to play out from defence the entire game, did so again as Stones dallied with Depay lurking, and the former Manchester United man robbed the defender before striking low at Pickford. The goalkeeper parried, but only into sub Promes' path, who bundled the ball over the line via a definitive touch from Walker.

England struggled to force an equaliser, and were caught out again at the back as Barkley's miscued backpass allowed Depay to square for Promes, who made no mistake with the goal at his mercy.

Netherlands left Southgate's men deflated following a season of progress, and the manager's admission after the game that the next few days will be painful only amplifies the extent to which England played a part in their own downfall. 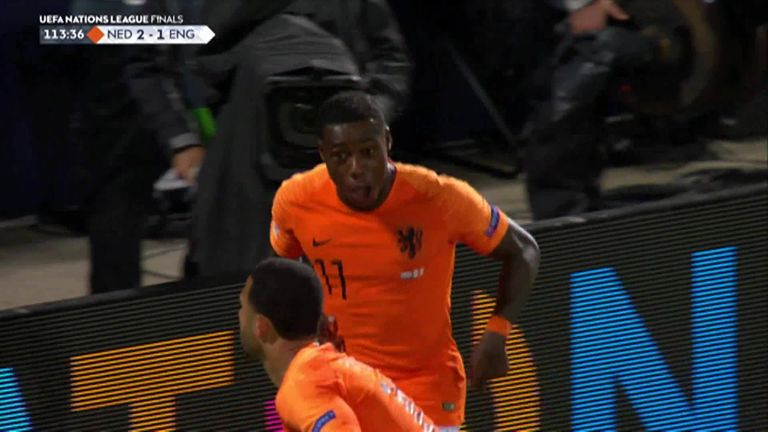 Should England play out from the back?

Is playing out from the back an issue? Is a lack of dynamic midfielders the problem? Or did England just make stupid mistakes?

The Sky Sports pundits had their say...

Jamie Carragher: "The goals didn't come from risks and it never came from playing out from the back, it came from stupid decisions."

Gary Neville: "The deep, embedded problem for English football and England teams is that they had no options to play through midfield."

Jamie Redknapp: "We're not saying let's rip this apart, otherwise you've got a major problem, because all the kids are playing out from the back now."

After England shoot themselves in the foot against the Netherlands, we assess each player's performance...

England have made great strides under Gareth Southgate but the Netherlands and Frenkie de Jong showed where they need to improve.

Southgate: This will be painful

England manager Southgate insists England will reflect heavily on this defeat, but is positive for the future...

"I think it is an important game for us as a group to reflect on. The next few days are going to be painful because you get to this point and to lose is a big disappointment for everybody, we had so many supporters here as well, but we'll dig in and we'll be stronger from the experience definitely." 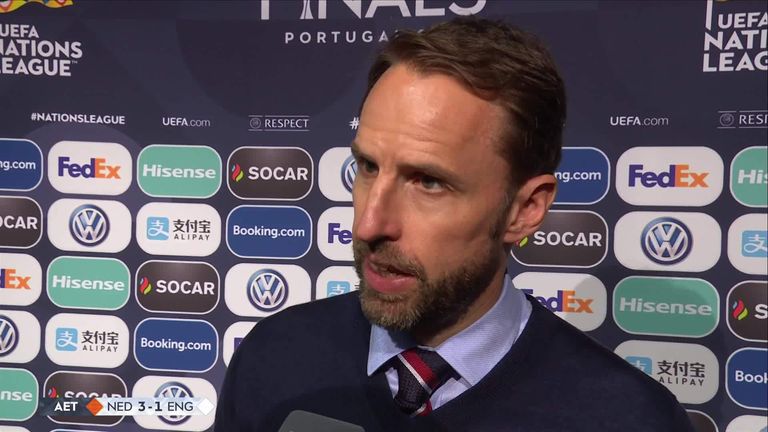 You can watch every minute of the Nations League finals live on Sky Sports.