Gareth Southgate has named a 25-man squad as England look to wrap up qualification for next year's World Cup in Qatar; Man Utd duo Jadon Sancho and Jesse Lingard left out; England have a three-point cushion in Group I with two games to go against Albania and San Marino 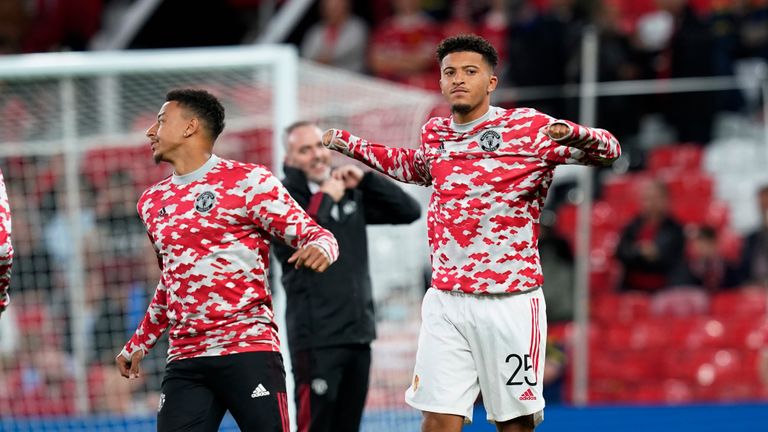 Jadon Sancho has been left out of the England squad for November's World Cup qualifiers against Albania and San Marino, but his Manchester United team-mate Marcus Rashford returns following injury.

Sancho, who moved to United from Borussia Dortmund this summer, has been limited to mostly substitute appearances so far this season and is yet to score or assist for his new club.

Rashford is back for the first time since undergoing shoulder surgery following the Euro 2020 final and has started his comeback impressively, scoring three goals in five games for United.

Confirming your #ThreeLions squad for November! 👊

Harry Maguire, Trent Alexander-Arnold and Reece James are back for this month's fixtures after recovering from injury, and Jude Bellingham also returns after being left out last time.

Manchester United forward Mason Greenwood is absent again and there is no place for in-form Arsenal midfielder Emile Smith Rowe.

England host Albania at Wembley next Friday before rounding off World Cup qualification with a trip to San Marino - the lowest-ranked side in world football - on November 15.

England remain unbeaten on the road to Qatar but drawing two of their past three matches means they only have a three-point cushion at the top of Group I with two games to go.

Speaking to reporters on Thursday, England manager Southgate said: "It's always difficult (to pick a squad) because we've got so much competition for places and we had quite a few players missing last time, which means you bring others in. Then you've got more decisions to make.

"Also, some young players who are playing well who haven't quite made the squad.

"So, we've kept a reasonable amount of consistency, really, with the groups that they were with in the summer. They did so well, we're only five international games on from that.

"But also there are players pushing that group really strongly." On the omissions of Manchester United trio Sancho, Lingard and Greenwood, Southgate said: "Well, I think with Mason, I discussed the situation last time so we've been through that.

"With Jesse and Jadon, I mean they just aren't playing a lot of football compared to the other players in their positions.

"I know people say I'm inconsistent, but I don't think I am. If you're playing regularly for your club, you've got a much better chance of us assessing your level compared to the rest of the group.

"With these two lads, they've got great competition for places in the positions they play. Jesse has had 10-15 minutes. I don't know what his form is, what his fitness is, really, to be able to assess him against the rest of the group.

"Both of those boys when I spoke with them totally understood that. They get it. They know that at the moment they've got to get playing for their club and playing well and then England is a bonus on the top. But they're both players that have done well for us and I'm sure they'll be back with us."

Southgate added England U21 squad members Smith Rowe, Conor Gallagher and Marc Guehi were pushing for a place in the senior set-up but felt others were a little further ahead right now.

Tino Livramento, Tariq Lamptey and Max Aarons were also praised when Southgate was talking about the glut of right-back options that saw Alexander-Arnold come in and Trippier omitted. "We've got fantastic competition for places there because Kyle (Walker) was in the team in the tournament for the Euros," he said.

"Kieran Trippier, who we haven't selected this time to give a bit of an opportunity to Reece (James) and to Trent.

"But Kieran has always performed brilliantly for us, has been a huge part of us getting to a World Cup semi-final and a European Championship final.

"He's a player that we have so much respect for and I'm sure he'll be back with us in the future."

Southgate was speaking for the first time since UEFA ordered the Football Association (FA) to play their next competitive home match behind closed doors as punishment for the disorder around the Euro 2020 final at Wembley.

"I'm aware of lots of people who were at the game who have explained to me what was happening outside and inside," Southgate said.

"It is for us as a team of course a blow that we have to play with no fans in the stadium for a game because that's the advantage of being at home, that's why home advantage is so important.

"But we've got to get on with that. That's the decision that has been made and we're totally respectful of it." 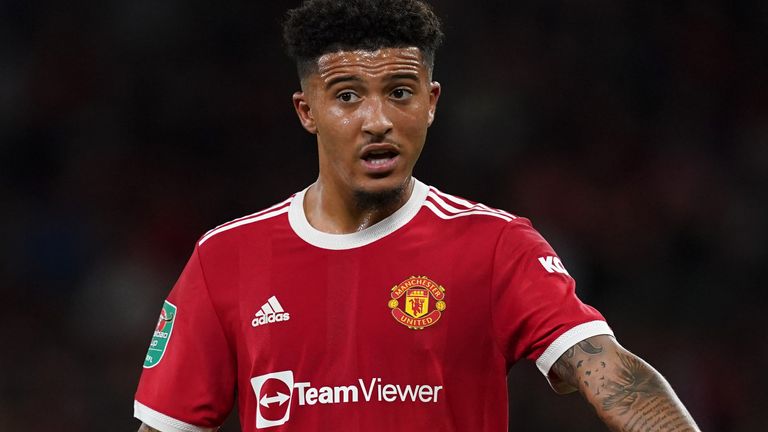 Sancho scored 50 goals in 137 games in four years at Borussia Dortmund and was twice named in the Bundesliga team of the year.

That form made the 21-year-old a regular in the England squad and Matthaus thinks he may have been better off staying in Germany.

He told Sky Sports News: "You see the players who are playing in Manchester United. You have Rashford, you have Cristiano Ronaldo. This means you have two from three and then you have another four players who can play in the third position and one of these three or four players is Sancho.

"I don't know how he is training at Manchester United. He has to work very hard to make this step in the first 11 and now he's far away from the first 11."