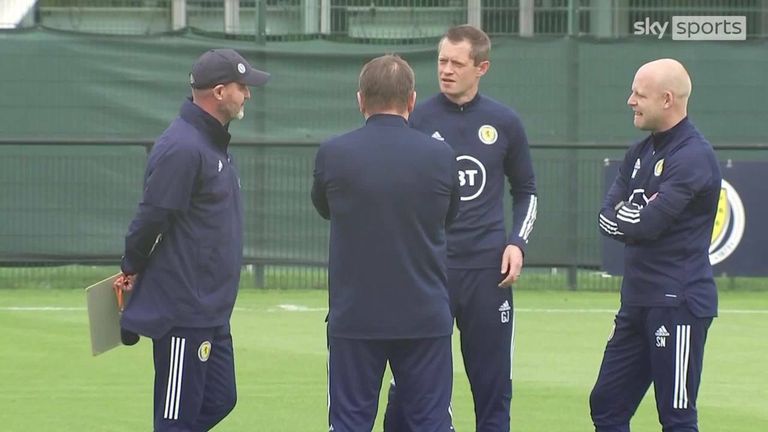 Steve Clarke explains the reasons behind the withdrawals of Nathan Patterson, Kenny McLean and Ryan Fraser from Scotland's squad for the World Cup qualifier with Austria

Ryan Fraser, Kenny McLean and Nathan Patterson have all withdrawn from Scotland’s squad for Tuesday’s World Cup Qualifier in Austria.

Hibernian defender Paul McGinn, who was previously included by Scotland boss Steve Clarke for the Slovakia and Czech Republic double-header last October, has been called up as a replacement.

At this stage it is unclear as to why the players have withdrawn from the squad.

Scotland's game in Austria, live on Sky Sports, is a crucial one in their battle to secure second place in Group F.

The Tartan Army sit in third World Cup Qualification Group F, one point ahead of Austria, and two behind Israel who occupy second spot behind runaway leaders Denmark.

Back in March, Scotland drew 2-2 with Austria at Hampden Park - despite twice falling behind - with goals from Grant Hanley and an audacious overhead kick from John McGinn salvaging the point. 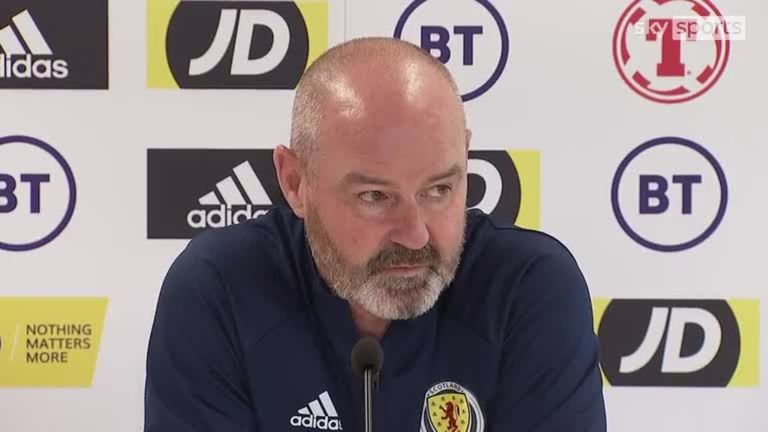 Steve Clarke says the dynamic of Scotland's World Cup qualifying group has been changed by Israel's win against Austria, who they visit on Tuesday

Steve Clarke insists Scotland will not be reading anything into Austria's weekend collapse in Israel and will be braced for a tough test in Vienna on Tuesday.

The Austrians have come under heavy criticism after suffering a surprise 5-2 defeat in Haifa on Saturday.

The result allowed Scotland to leapfrog Franco Foda's team to move into third place in World Cup qualifying Group F ahead of Tuesday's showdown at the Ernst Happel Stadion.

Clarke refuses to buy into the notion that an Austria team that took Italy to extra-time at Euro 2020 have suddenly become a nation in crisis.

The Scotland manager said: "They are a very good team. They showed that in the Euros. They came out of their group and took the Italians, the team that won it, all the way, which is a difficult thing to do. So they are a good team with good players.

"They have had one or two fitness issues and squad issues. They have players who they probably wanted to be in the squad who are not in the squad, the same as we have.