Michael O'Neill has released Shayne Lavery and Ciaron Brown from his Northern Ireland squad to allow the pair to play for the U21s in Romania.

Linfield striker Lavery and Cardiff defender Brown were in the 23-man senior squad which travelled to Prague on Saturday ahead of their friendly against the Czech Republic on Monday night.

But they have now flown to Romania to join up with Ian Baraclough's squad for their 2021 Euro qualifier in Voluntari on Monday night.

Baraclough's side suffered a late defeat to Denmark in Aalborg on Thursday, leaving them with two points from their opening three games after draws with Malta and Finland. 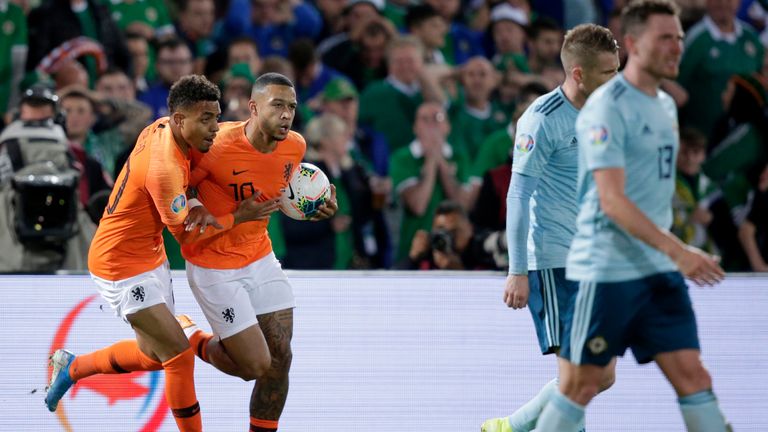 Lavery and Brown both featured for the senior team in last month's friendly against Luxembourg, a game Brown started on his international debut.

Both players were in the frame to feature in Prague, with O'Neill set to use a number of fringe players in his squad following Thursday's heartbreaking late defeat to the Netherlands that left hopes of qualifying for Euro 2020 hanging by a thread.

No replacements will be called up, leaving O'Neill with 21 players for Monday's friendly.