German squad wore T-shirts spelling out 'HUMAN RIGHTS' prior to their game against Iceland; midfielder Leon Goretzka confirmed the message is in reference to the World Cup in Qatar and was written by the players; Norway team staged a similar protest prior to their game on Wednesday

Germany have become the latest team to display their support for migrant workers building 2022 World Cup stadiums in Qatar.

Germany's players wore shirts displaying the message "HUMAN RIGHTS" prior to their 3-0 win over Iceland, following on from a similar gesture by the Norway squad on Wednesday.

Midfielder Leon Goretzka, who scored Germany's opening goal, said of the protest: "We have the World Cup coming up and there will be discussions about it. We wanted to show we are not ignoring that. 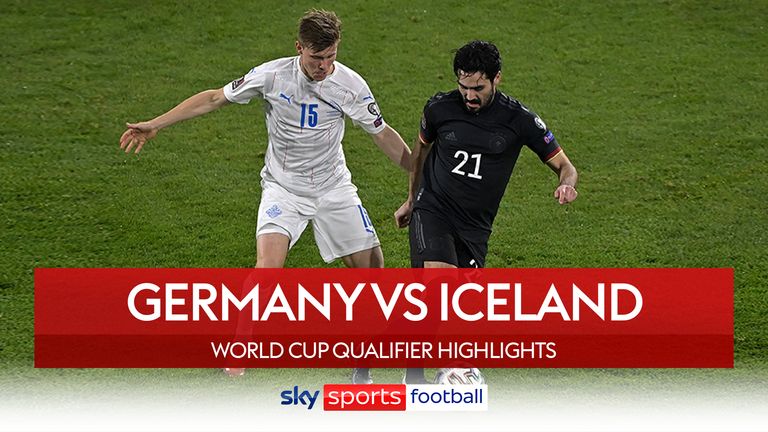 Germany's protest came after Norway staged a similar action on Wednesday ahead of their 3-0 win at Gibraltar in Group G, when their players donned T-shirts with the message "Human rights, on and off the pitch".

Although players have been punished by FIFA and other football governing bodies in the past for making political statements, no action will follow from the protest.

"FIFA believes in the freedom of speech, and in the power of football as a force for good," FIFA said in a statement.

"No disciplinary proceedings in relation to this matter will be opened by FIFA."

Norway's initiative came after a movement to boycott the tournament over the Gulf states alleged treatment of workers, started by top-flight club Tromso, has gathered pace in the Nordic country.

Tromso have asked the Norwegian soccer federation to consider boycotting the World Cup following a report by The Guardian newspaper. 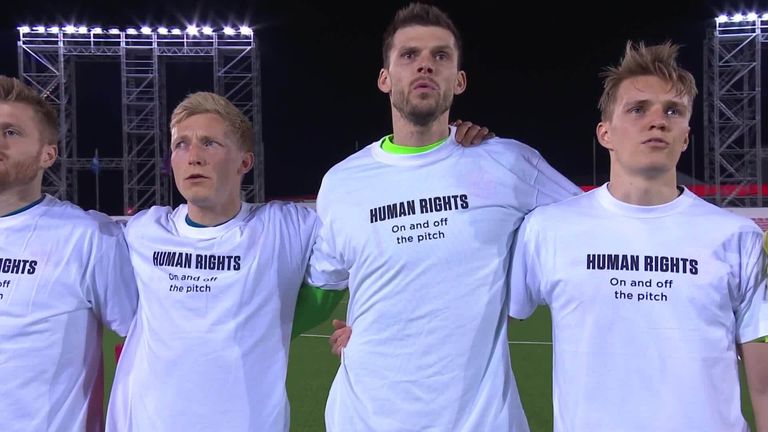 Discussions in Norway continue about whether they will boycott the Qatar World Cup should they qualify. Norwegian players wore T-shirts in protest of Qatar's human rights record, prior to their 3-0 win in Gibraltar

The paper reported that its calculations showed that at least 6,500 migrant workers had died in Qatar since the country won the right to stage the 2022 World Cup 10 years ago.

Earlier on Thursday, a spokesperson for the Qatari World Cup organisers, the Supreme Committee for Delivery & Legacy (SC), said: "We have always been transparent about the health and safety of workers on projects directly related to the FIFA World Cup Qatar 2022.

"Since construction began in 2014, there have been three work-related fatalities and 35 non-work-related deaths.

"The SC has investigated each case, learning lessons to avoid any repeat in the future. The SC has disclosed each incident through public statements and or Annual Workers Welfare Progress Reports," the spokesperson added.