Mason Mount on Chelsea hat-trick: 'It's a massive moment for me' | Thomas Tuchel: He'll feel lighter after goals 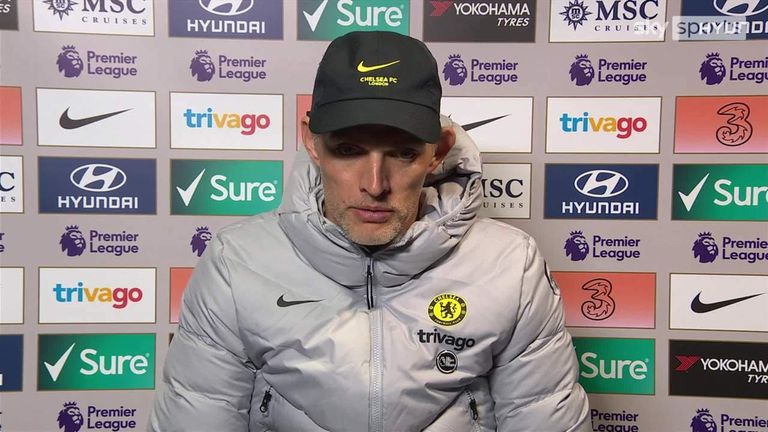 Mason Mount described his first Chelsea hat-trick as a "massive moment" as he looks to score more goals, while Thomas Tuchel believes Mount will feel "lighter" after breaking his goal duck for the season.

Ahead of the game against bottom side Norwich, Mount spoke about the need for him to get more goals, especially in the absence of missing forwards Romelu Lukaku and Timo Werner.

The 22-year-old had failed to score in 15 games for club and country so far this season, but he delivered on his promise to get more goals in style as the floodgates opened for Mount and his side .

He ended up grabbing a hat-trick in front of the watching England boss Gareth Southgate as Chelsea routed Norwich.

And Mount insists the pressure he put on himself to get more goals has finally paid off.

FREE TO WATCH: Highlights from Chelsea's win over Norwich in the Premier League.

Anybody caught their breath yet? 😁 pic.twitter.com/kH0y8lvQEe

"Before the game, I put pressure on myself to get on the scoresheet, then three came around in the same game", he told BT Sport.

"It's obviously a massive moment for me. I'll remember this one for a long time.

"I was always getting in positions to score, but I just wasn't putting it in the back of the net."

He added: "I just got told [Gareth Southgate] was watching. It's brilliant for me and obviously to get my first goals of the season and an assist, it was a good day.

"I thought the last one might be offside. It was my luck today, but it's also about the team. We spoke before about being at it from the beginning, we did that today. Players came in in the absence of other players. We were on it the entire game but we never dropped our standards and kept going.

"I always want to play every game. Sometimes you've got to take a backwards step, but in the last couple of games I've felt at it and ready to play. It's a big moment for me to score three at home at Stamford Bridge."

Meanwhile, Tuchel believes Mount will feel "lighter" after breaking his goal duck for the season.

The England international led the charge from Chelsea's academy graduates as the Blues cemented top spot in the Premier League, with boss Tuchel delighted the England forward moved off the mark for the campaign.

"A hat-trick for Mason is huge, it's a massive moment for him; he's very, very proud," said Tuchel.

"I felt him a bit lighter, plays with a bit more freedom in the last matches. This is what we need.

"He's still had a lot of games for him at a young age.

"He's very competitive and very serious about the goals he wants to reach. I feel him a bit lighter now."

Mount's treble was bolstered by goals for Callum Hudson-Odoi, Reece James and Ben Chilwell, with Max Aarons putting through his own net as Chelsea eased to victory against a Norwich side, who had Ben Gibson sent off late on at Stamford Bridge.

Tuchel hailed Mount's importance to Chelsea's 3-4-3 formation, with the 22-year-old able to fill a hybrid role to bridge midfield and attack.

"Well as you know, we play in most games with three strikers and Mason is one of them," said Tuchel.

"You can say he's maybe between an eight and a 10, so not a real striker, so in that way we really depend on him. He plays a key role.

"The wing-backs play with more freedom to help our strikers really in the last line and they feel more and more confident.

"It's a complex game. There's very rarely one reason why things happen like this - but we depend on Mason and we want to.

"We like his style, where he comes from, his personality and he's a top guy. So we're very happy for him."

No Romelu Lukaku, no matter. Chelsea's 7-0 demolition of Norwich showed that even without their £97.5m striker, and without Timo Werner too, there is still an abundance of firepower available to Thomas Tuchel.

Norwich offered little in the way of resistance, in truth, but that should take nothing away from a clinical Chelsea showing. They have been lauded primarily for their defensive prowess under Tuchel but that's 11 goals in four days following the 4-0 win over Malmo.

There is a sense of something clicking into gear for the Premier League leaders and that's certainly true of Mount.

The 22-year-old had not found the net since May before this game but he took his first goal brilliantly, showed composure to score the re-taken penalty for his second, then popped up in the right place at the right time to complete his hat-trick.

Mount was outstanding but he was not the only Chelsea player to toy with the beleaguered visitors. Callum Hudson-Odoi continued his recent revival with a clinically-taken strike in the first half while Reece James and Ben Chilwell, scorers of the third and fourth goals respectively, demonstrated their offensive qualities too.

There was no goal for Kai Havertz, who filled in for Lukaku as Chelsea's false nine, but Mateo Kovacic underlined his creative threat with a pair of assists, taking his tally to five in the Premier League this season, and there were also eye-catching contributions from the bench.

Ross Barkley seemed determined to make an impact after replacing Havertz and the same was true of Ruben Loftus-Cheek and Hakim Ziyech, who combined superbly to set up Mount's third goal.

The competition for places seems to be bringing the best out of Chelsea's offensive players and that's good news for Tuchel - especially as he awaits Lukaku's return to fitness.

Farke on 7-0 defeat: It's embarrassing 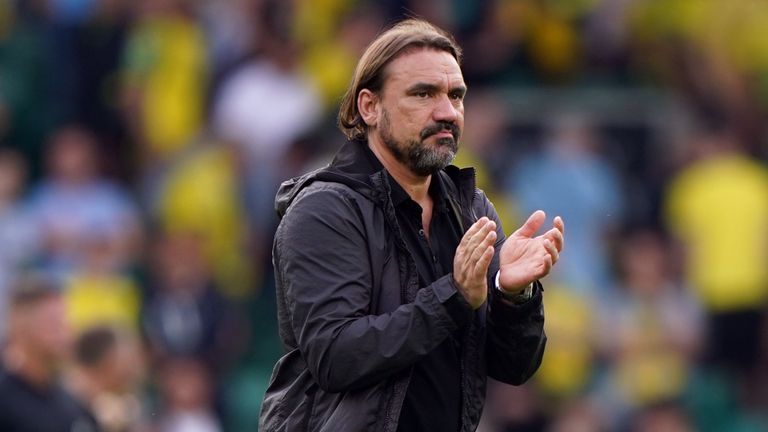 While Chelsea ensured they will stay top of the table whatever happens elsewhere this weekend, an abject Norwich were consigned to the foot of the table.

"I'm sure you can imagine how the spirit is in the dressing room," said Farke. "Even with our best possible performance, if Chelsea had a good day they would still win.

"The individual pride of everyone connected to the yellow shirt takes a hit and you must take this pain into the next game."