Fulham return to the top of the Sky Bet Championship after a 6-2 win over Bristol City in which Aleksandar Mitrovic scored a hat-trick; Blackburn strengthen their automatic promotion hopes with 1-0 win at Cardiff; Derby sink Sheffield United; Also wins for Middlesbrough, Coventry and QPR

Aleksandar Mitrovic propelled Fulham to the top of the Sky Bet Championship as the Cottagers twice came from behind to claim a comprehensive 6-2 victory over Bristol City.

Knocked out of the top-two following Blackburn's win at Cardiff earlier on, Fulham were caught cold in the seventh minute following a slightly delayed kick off when Antoine Semenyo cut on to his left foot and fired home.

Mitrovic headed Fulham level after 21 minutes and although Semenyo restored the Robins' lead just before the half hour with a long range effort, the hosts scored four unanswered goals before half-time.

Neeskens Kebano grabbed a second equaliser for Fulham, who hit the front for the first time after 36 minutes thanks to Fabio Carvalho before Mitrovic bagged his 26th and 27th league goals of the season before the break.

Another trademark header in the 41st minute put Fulham 4-2 ahead before the Serb brought a breathless opening half featuring seven goals to an end by firing beyond helpless Bristol City goalkeeper Max O'Leary.

Kebano ensured there would be no fightback from the visitors when he struck after 57 minutes as Fulham leapfrogged Rovers and Bournemouth, knocked off first place in the standings after a last-gasp 3-2 defeat at Luton.

The Cherries had battled back from 2-0 down to level, with second-half efforts from Emiliano Marcondes and substitute Morgan Rogers cancelling out Lloyd Kelly's own goal and Allan Campbell's strike before the interval.

But Kal Naismith drilled home from just outside the area in the seventh minute of time added-on to down Bournemouth, who now sit two points below table-topping Fulham. 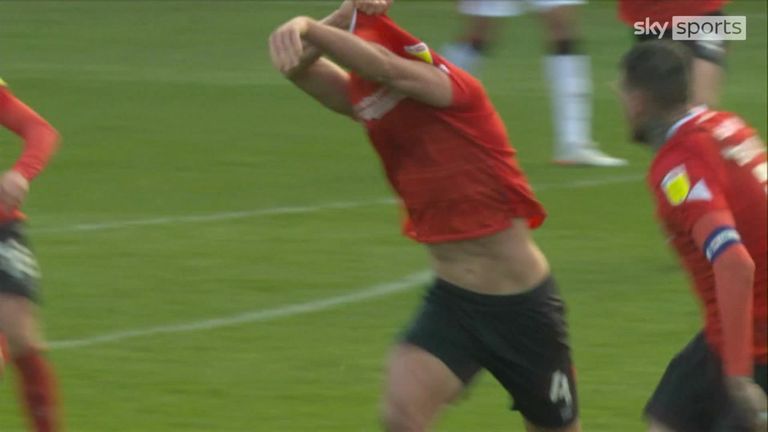 Blackburn are level on 49 points with Bournemouth after Joe Rothwell's 14th-minute curling effort secured a 1-0 win at the Cardiff. Rovers even withstood the dismissal of Ryan Nyambe in the final quarter of an hour.

QPR are up to fourth after Charlie Austin's 89th-minute strike sealed a 1-0 victory over West Brom, who drop to fifth, while Middlesbrough complete the top-six after hitting back from a goal down to beat Reading 2-1. 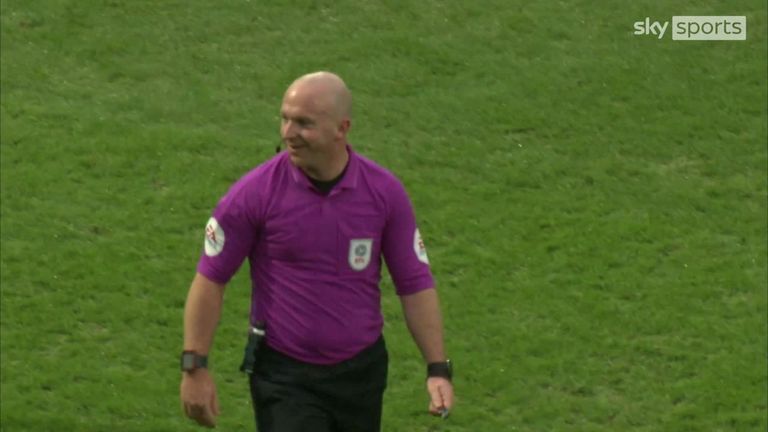 Huddersfield slipped out of the play-off spots after a 1-1 draw at home to Birmingham. Danel Sinani had put the Terriers ahead after a quarter of an hour but Flynn Downes secured the Blues a share of the spoils after 78 minutes.

Derby moved to within eight points of safety after collecting their fourth win in their last five, with Tom Lawrence's second-half double sealing a 2-0 triumph over Sheffield United.

Peterborough remain three points off safety after losing 4-1 to Coventry. Gustavo Hamer and Matt Godden gave the Sky Blues some breathing room and while Jorge Grant pulled one back, Nathan Thompson's own goal and Godden's second secured a comfortable three points for Coventry.

Scott Hogan struck four minutes from time to rescue a 1-1 draw for Birmingham at Preston, who had gone ahead after the half hour through Patrick Bauer, while Lewis Grabban's stoppage time goal ushered Nottingham Forest to a 1-0 win over Millwall.

Wycombe moved to the top of League One following a 2-0 victory over Oxford at Adams Park.

The Chairboys led in the 33rd minute when a corner was cleared as far as Curtis Thompson, who controlled before sending a terrific strike into the bottom corner from just outside the area.

The home side then doubled their lead on the hour mark after Garath McCleary broke away before putting Brandon Hanlan in the clear, and the forward finished calmly through Simon Eastwood's legs.

Aiden O'Brien scored within three minutes of coming on to send Sunderland ahead after 48 minutes before Stanley defender Ross Sykes saw red for two bookable offences in the 76th minute.

However, Matt Butcher raced forward in the 84th minute to find defender Clark, who scored his first Stanley goal.

Anthony Pilkington netted deep in stoppage time as Rotherham slipped off the summit with a 1-0 defeat to Fleetwood.

Substitute Pilkington pounced in the fifth of six added minutes to frustrate the visitors.

In-form Wigan held on against spirited strugglers Doncaster to claim a 2-1 and narrow the gap to the top two.

Goals from Max Power and Will Keane put the hosts 2-0 up and, though Omar Bogle pulled a goal back for Rovers - who battled well throughout the game - but could not prevent the visitors recording a fourth win in five league games.

Theo Corbeanu scored a stunning first MK Dons goal to fire his side to 2-1 victory at Portsmouth and end the hosts' 10-match unbeaten league run.

Mo Eisa was also on target as the visitors cemented their place in the top six.

FA Cup hero Joe Ironside was Cambridge's matchwinner once again as he headed home in stoppage time to snatch a 1-0 win at Lincoln.

A week on from firing the U's to a stunning win at Newcastle, the striker was at it again at the LNER Stadium.

Kieran Lee and substitute Dapo Afolayan struck twice in eight minutes to earn Bolton a 2-0 win over Ipswich and end a run of five successive defeats.

AFC Wimbledon and Morecambe drew 0-0 in a tight relegation battle at Plough Lane.

Gillingham slipped to an 11th league game without a victory as Steve Lovell's second spell in charge of the Kent side began with a 3-1 defeat against Burton.

Lovell saw his side take the lead after three minutes when Robbie McKenzie fired home from close range.

But Burton levelled shortly after half-time thanks to Tom Hamer's looping header.

Captain John Brayford put the visitors ahead before substitute Jonny Smith tapped home from Charlie Lakin's cross within a minute of coming on.

Neither side offered enough quality in front of goal to break the stalemate, with the visitors going closest through late efforts from defenders Matthew Pennington and Ethan Ebanks-Landell.

Chuks Aneke scored in the fourth minute of stoppage time to rescue a point for Charlton at Cheltenham.