FIFA whistleblower Phaedra Al-Majid has told Sky how she is fearing for her life and that the FBI is protecting her following her allegations over the Qatar World Cup bid.

Al-Majid was one of 70 witnesses who spoke anonymously to FIFA investigator Michael Garcia, providing information, documents, data and recordings which she claimed proved corruption during the bidding process for the 2022 World Cup.

Al-Majid told Sky: "I was at home watching TV and then there were three FBI agents at my doorstep and said they wanted to talk to me. I let them in and they said to me, ‘We are here because we know you have received threats and we know the security and that of your children has been jeopardised, so we want to be here to see what we can do to help you’. 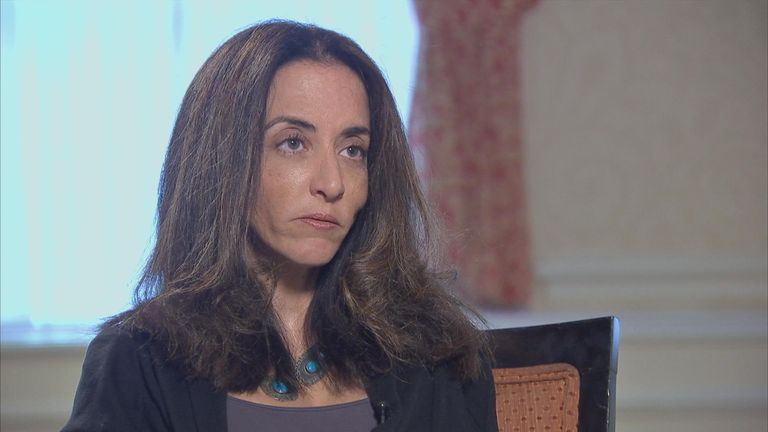 Do I regret being the Qatar whistleblower? It’s cost me personally, it has cost me emotionally. I know for a fact I will be looking over my shoulder for the rest of my life.

“It was terrifying. I opened up the door and there were three men there with their badges and they asked me all questions pertaining to my time in Qatar, what I had observed, what I had witnessed, everything and especially about the threats and affidavit."

The former head of international media for the Qatar 2022 bid was dismissed by her bid team in 2010. Shortly after Qatar won the right to host the 2022 World Cup, she made claims of impropriety surrounding the Qatar 2022 bid. In 2011 she retracted those claims.

Last week a 42-page summary of the 18-month investigation into both the 2018 and 2022 World Cup bidding process was published by FIFA judge Hans-Joachim Eckert, who revealed the full investigation could never be made public due to “legal issues”. One of the reasons he cited was to ensure confidentiality of witnesses.

Al-Majid added: “Do I regret being the Qatar whistleblower? It’s cost me personally, it has cost me emotionally. I know for a fact I will be looking over my shoulder for the rest of my life. It’s cost me my credibility and most importantly, it’s cost the security for both me and my children. However I did witness something and I do believe that I did have to say what I witnessed.”

She said she had “broken a confidentially contract” by talking about the Qatar 2022 bid and the Qataris were threatening to sue her for $1m (£640,000). She claimed this was enough to ruin her financially and put the future of her two children, one of them severely disabled, in jeopardy, which is why she withdrew her allegations.

Al-Majid has said she shares Garcia’s view that the summary contained "numerous materially incomplete and erroneous representations of the facts and conclusions”.

She said of FIFA: "They broke their own ethics code. Remember I’m one single mum against the richest country in the world and the richest sporting organisation in the world.

“FIFA reform would be wonderful but FIFA does have to, if it wants to be considered credible, it has to protect its whistleblowers and they have to acknowledge that they did not protect me according to their own code of ethics.”

FIFA responded by stating that the names of witnesses were not disclosed in judge Eckert's statement last week, but said that any potential breach of confidentiality should be examined by their disciplinary committee.

Qatar 2022 have also responded to Al-Majid's allegations by releasing a statement.

The statement read: "This evening, Ms. Al Majid has made certain allegations in the media. Despite having previously withdrawn those allegations, she was given a "full and fair opportunity" to air those allegations afresh to the Garcia Enquiry in the course of discussions with her that spanned "more than a year" and involved "voluminous records and other materials".

"According to Judge Eckert, that Enquiry identified serious inconsistencies in her evidence, which severely prejudiced the credibility of that evidence.

"For our part, as Judge Eckert has found, we supplied "full and valuable" assistance to the Garcia Enquiry. That assistance concerned these allegations, as well as all others. We stand by the quality and integrity of our bid and will not comment further at this time on allegations that have been, over a period of years, investigated, tested, considered and dismissed."