Phil Thompson has questioned Brendan Rodgers' decision to leave Adam Lallana on the bench as Liverpool exited the Champions League.

A 1-1 home draw with Basel means the Reds finished third in their group – relegating them to the Europa League – and they were not aided by Lazar Markovic coming on at half-time only to be sent off 16 minutes later.

Thompson could not understand why Markovic came on when Liverpool were 1-0 down instead of £25million summer signing Lallana or the more experienced Philippe Coutinho.

“It’s very difficult to see why Markovic came on when you’ve seen Lallana playing in most of the games,” Thompson told Soccer Special. “Coutinho, you would think, has a lot more to open up this defence. 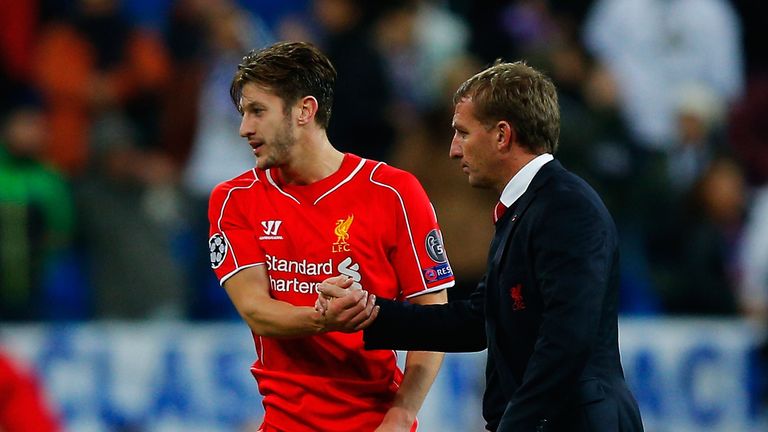 I’d like to see certain players like Adam Lallana given a run. He’s been the one that you could say has done very, very well. But he’s in for one match, he’s man of the match, then he’s out for two games. You think ‘what’s going on on the training ground?’

“So I thought that was very, very strange. You just wonder how and why they weren’t playing.

“I’d like to see certain players like Adam Lallana given a run. He’s been the one that you could say has done very, very well. But he’s in for one match, he’s man of the match, then he’s out for two games. You think, ‘what’s going on on the training ground?’”

Thompson expressed concern that, a decade on from his famous Champions League goal against Olympiakos, Liverpool are still too reliant on Steven Gerrard

The captain scored a brilliant equaliser 10 minutes from time to set up a grandstand finish to the game – but Sky Sports pundit Thompson wants to see the rest of the squad step up.

He added: “The players have to step forward in this game. There are not many Steven Gerrards in the world of football and he is 34, but he is the only one at this moment in time trying to open it up. He’s pushing himself.

“You’re expecting people to come on and help – and Raheem Sterling did make some good runs, there could have been a couple of possible penalty shouts but weren’t.

“It’s not been good enough, right from the start against Ludogorets on matchday one when we lost a goal late on and then got a penalty to get ourselves through it – that wasn’t a good display.

“The manager has to have a good look at it – we’ve spoken about the change in personnel with his signings. Are they good enough to take over the mantle from Steven Gerrard? At the moment it’s not been good enough.

“(Rodgers) certainly has to go into the transfer market and get quality. Instead of a whole load of players, maybe spend the money on top quality.”

However, Thompson had no problem with the decision to red card Markovic for violent conduct after his arm caught Behrang Safari in the face.

He continued: “Markovic puts his arm out and caught him on the tip of the nose – he went down pole axed – but why was he doing that in the first place? It’s taking a risk in European competition and the referee was looking straight at him. He’s cost the team by getting sent off.

“It doesn’t look like a lot but he does catch him. It was only a flick but you can’t do things like that. It looks worse than what it was.”