Why Aaron Ramsey is Arsenal's most important player

There's a buzz about Alexis Sanchez, while Mesut Ozil remains Arsenal's record signing. But here Adam Bate makes the case for Aaron Ramsey as the key figure for the Gunners this season. The evidence is compelling...

It’s the signing of Alexis Sanchez that has Arsenal supporters excited about the new season and it was Olivier Giroud who claimed the man of the match champagne after the Community Shield win over Manchester City last weekend.

There are even three members of the squad fresh from winning the World Cup in Brazil. But what most Arsenal fans are well aware of before the team’s Premier League opener against Crystal Palace on Saturday is the identity of their most important player. It’s Aaron Ramsey.

He offered a reminder of just why at Wembley. There were four City players ahead of Ramsey when striker Yaya Sanogo received the ball under pressure. The midfielder promptly burst into space to accept Sanogo’s lay-off before producing a delightful dink to lift the ball away from the defender and finish beyond Willy Caballero.

It was trademark Ramsey – that fusion of speed, skill and quality finishing that made him the Premier League’s stand-out player in the early part of last season. Speaking to Ray Parlour, someone who has made a few of those runs himself for Arsenal, he is in no doubt regarding the significance of the role. “I always think Ramsey is the key,” said Parlour before the 3-0 win over City.

“When Arsenal get the ball in midfield they keep it very simple but they don’t really run beyond the midfield and get bodies into the box because they all like it into their feet. It looks great but sometimes you need that midfield runner. It disrupts the two centre-halves. You need a player to bomb on and move the defenders around a bit. He gives us something different.”

Of course, it wasn’t always that way. Ramsey’s struggles in returning to form following a leg break against Stoke City are well documented. In fact, it’s become something of a shorthand way of describing his career so far. It’s the tale of a talented youngster who got injured, took a while to get back to his best before kicking on.

And yet, it’s not quite that simple. The narrative ignores the fact that the injury happened in February 2010 and there were still grumbles about Ramsey’s performances in the summer of 2013 – over 100 matches and two loan spells later. 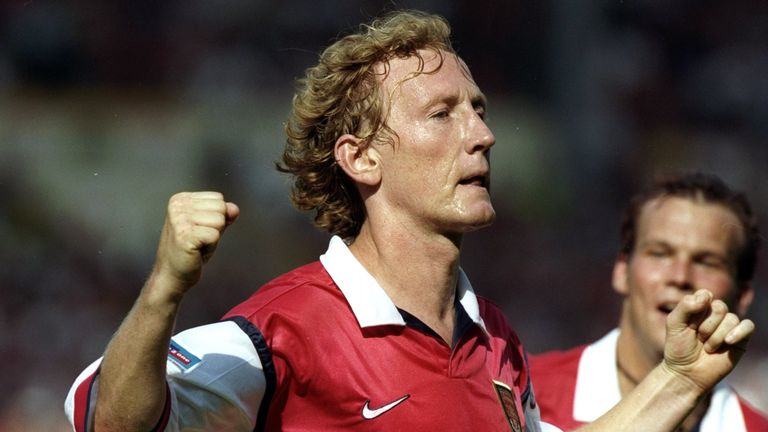 I always think Ramsey is the key. He gives us something different.

This was more than a case of someone lacking fitness and not being confident going into tackles. This was someone who’d fundamentally lost sight of what he needed to be doing on a football pitch in order to be successful.

Perhaps most alarmingly, there was the tendency to be too ambitious in possession. Not the worst of crimes for a young player, by any means. However, this unreliable use of the ball – the penchant for flicks and tricks that rarely came off – did not endear him to a crowd sensing that these bad habits were indicative of a career that had stalled. The statistics certainly made grim reading.

Only five players were dispossessed more times than Ramsey in the Premier League in 2011/12. Three were out-and-out strikers having to collect the ball high up the field surrounded by defenders and the other two were wingers – Nathan Dyer and Jonas Gutierrez – both of whom also completed more dribbles than Ramsey. It was wasteful stuff.

“He went through a bad patch, and I couldn't play him any more at Emirates Stadium,” said manager Arsene Wenger, quoted on the club’s official website. “I sat down with Aaron and I told him, 'I don't think people don't like you, but they don't like your game at the moment'. It was in his hands to change that. He had to come back to a more simple game.”

That’s precisely what he did. Last season Ramsey was dispossessed half as much as before - 1.3 times per appearance rather than 2.6 times. It was the starting point for a renaissance so remarkable that it’s difficult to conceive how anyone could’ve ever doubted him. 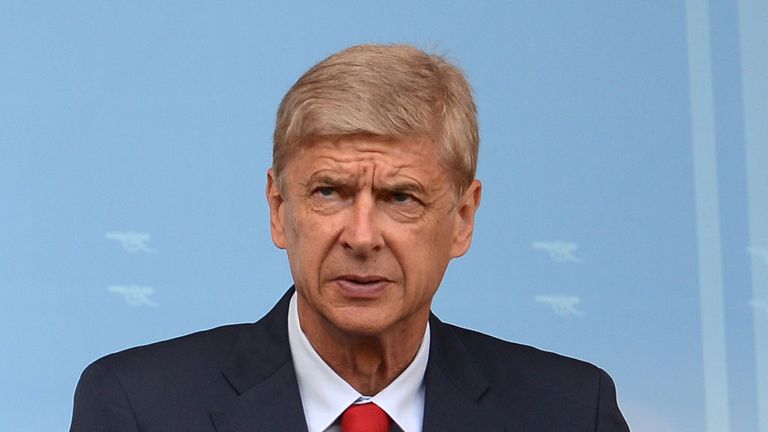 I sat down with Aaron and I told him, 'I don't think people don't like you, but they don't like your game at the moment'. It was in his hands to change that.

After all, Ramsey was always capable of being that high energy midfielder with an indefatigable work rate. A true athlete – he was Welsh Schools’ champion at the pentathlon (hurdles, high jump, long jump, shot put and 800 metres) – the Premier League tracking data shows that of the 14 matches he completed last season he outran every team-mate in 11 of them.

The goals have flowed too with 16 of them in all, more than he’d managed in a club career spanning the previous seven seasons combined. “I think that's one of the biggest improvements,” he told Sky Sports in September. “I'm a bit more composed in front of goal and things are coming off.”

Ramsey’s goals per minute record in last season’s Premier League was actually superior to that of the team’s centre forward Olivier Giroud. While the Frenchman, with eight assists to his name, can point to his overall contribution to the side, here too it’s Ramsey - rather than Giroud or indeed Arsenal’s playmaker Mesut Ozil - who truly excelled.

There were just a dozen players in the Premier League last season that directly assisted eight goals. Despite starting little over half his team’s games, Ramsey was among them. In fact, his assists per 90 minutes record was better than any of the other players. More than Steven Gerrard, more than David Silva and more than Ozil. Aaron Ramsey: runner, goalscorer and creator.

That it requires ‘per minute’ statistics rather than golden boots and PFA awards to truly elucidate the brilliance of Ramsey’s contribution, will concern Arsenal supporters. Staying fit and available is a skill in itself and, as suggested by Parlour, Ramsey’s drive was hugely missed when absent.

In the 18 Premier League games that Ramsey did not start last season, Arsenal won fewer, drew more and lost more than in the 20 that he did. Their worst winless run in the Premier League came with a four-game sequence from late March that killed the club’s title hopes and culminated in a defeat to Everton in which Ramsey finally returned from injury with his team three goals down.

Can he enjoy an injury-free campaign? It’s a tantalising thought. Extrapolate Arsenal’s points record in games he started in 2013/14 and it would’ve seen them accumulate between 85 and 86 points last term. City won the title with 86.

On Saturday he’ll face a Crystal Palace team reeling after the exit of Tony Pulis. The same Pulis who was Stoke’s manager the day of the fateful leg break that saw him lose his way. Ramsey, of course, is a different player now. A better player. And, despite the many stars at the Emirates Stadium, he might also be Arsenal’s best.