International news: Nigeria sack Stephen Keshi as coach after one win in 11 games

Nigeria head coach Stephen Keshi has been sacked after their troubled start to qualification for the Africa Cup of Nations.

Keshi guided the Super Eagles to the knockout stages of the World Cup in Brazil in the summer, but the reigning African champions have struggled for form since.

The 52-year-old reportedly lost the confidence and support of the majority of the squad following heavily-publicised rows with the likes of Emmanuel Emenike, Peter Odemwingie and Ikechukwu Uche after their return from the World Cup.

Nigeria slipped to bottom of Group A in qualifying for the Africa Cup of Nations after picking up only one point in their first three games, although they lifted their spirits with a 3-1 win over Sudan on Wednesday. 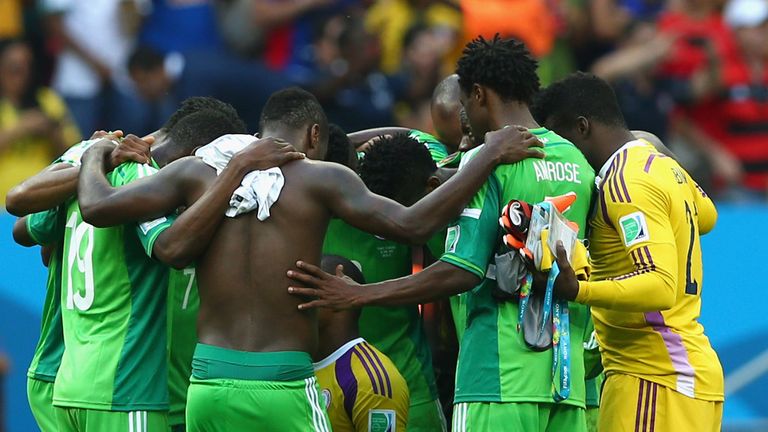 In the interest of Nigeria football and the desire to ensure qualification for the 2015 Africa Cup of Nations finals, the (executive) committee decided to relieve them (Keshi and backroom team) of their duties with immediate effect.

But the victory was only Nigeria's first in their last 11 matches, and the Nigeria Football Federation has decided to part company with Keshi and restore former coach Shaibu Amodu as interim boss, and they also announced that the next permanent boss would be an "expatriate".

The NFF issued a statement describing Keshi and his backroom team as "true national heroes" for leading Nigeria to "glorious accomplishments" over the last three years.

But the statement added: "In the interest of Nigeria football and the desire to ensure qualification for the 2015 Africa Cup of Nations finals, the (executive) committee decided to relieve them of their duties with immediate effect."

The NFF board voted unanimously for Amodu to lead a temporary coaching team for Nigeria's remaining Africa Cup of Nations qualifiers against Congo and South Africa, "after which an expatriate coach will be appointed".

Amodu guided Nigeria to the World Cup finals in South Africa in 2010, but he was sacked prior to the tournament and replaced by Lars Lagerback.

The 56-year-old has had four previous stints as Nigeria coach, having first been appointed in 1994 before being dismissed the following year.

Keshi, whose three-year contract expired after the World Cup, appeared to have been given a lifeline on Monday when NFF president Amaju Pinnick insisted they would not make any rash decisions over his future.

Pinnick said: "We want our people to be patient and not stampede the federation to take knee-jerk decisions that will backfire in the end.